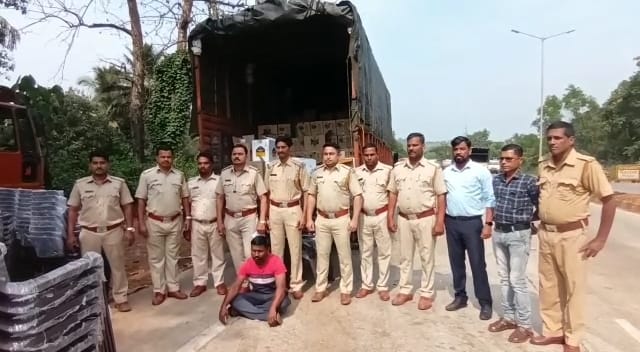 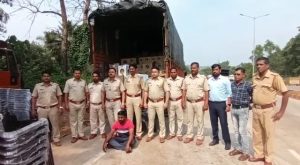 PANAJI: Excise officials in Goa on Wednesday seized liquor worth Rs 40 lakh from two heavy vehicles heading for Madhya Pradesh and Pune at a check-post in North Goa.
Excise commissioner Narayan Gad said that he had instructed to thoroughly check all the heavy vehicles entering or leaving the state.
“Two heavy vehicles were intercepted at the North Goa check-post, which were ferrying liquor illegally,” he said.
Gad also said that an enforcement cell has been formed to curb illegal activities.
“Henceforth, our enforcement will be strict and all heavy vehicles will be checked thoroughly,” Gad said.
One officer on condition of anonymity said that liquor worth of Rs 40 lakh has been seized from the two trucks.
“One truck was heading for Madhya Pradesh, while the other was going to Pune,” he said.