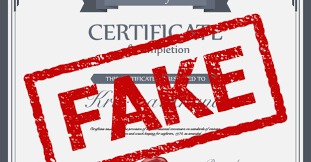 Goemkarponn desk
PANAJI: Former Goa Government Employees Association (GGEAP) president John Nazareth today has demanded the immediate termination of services of Satish Naik, working as a technician for occupational therapy in the Institute of Psychiatry and Human Behaviour (IPHB), Bambolim, for allegedly submitting fake documents.
“If Satish Naik is not suspended. I will file a case in the Vigilance department. Naik first joined the IPHB as a carpenter, and within three years, he was selected for the post of a technician for occupational therapy without verifying documents produced by him,” said Nazareth.
He further said that he lodged a complaint to the Agacaim police station, who, instead of holding an inquiry, forwarded it to the Director of IPHB, Bambolim being the appointing authority, for necessary action.
“Till now, no action has been taken, and the unqualified person is still functioning in the post and dealing with mentally ill patients since 2010,” he added.
In his complaint to the Anti-Corruption Branch (ACB) of the Vigilance department, Nazareth stated that Naik secured a job as a technician for occupational therapy in April 2010 by producing a fake qualification certificate and by tampering with the period of his residence in Goa in the residential certificate.
Nazareth has also requested the Prime Minister via letter to issue appropriate directives for the termination of the services of the said Satish Govind Naik on a priority basis.