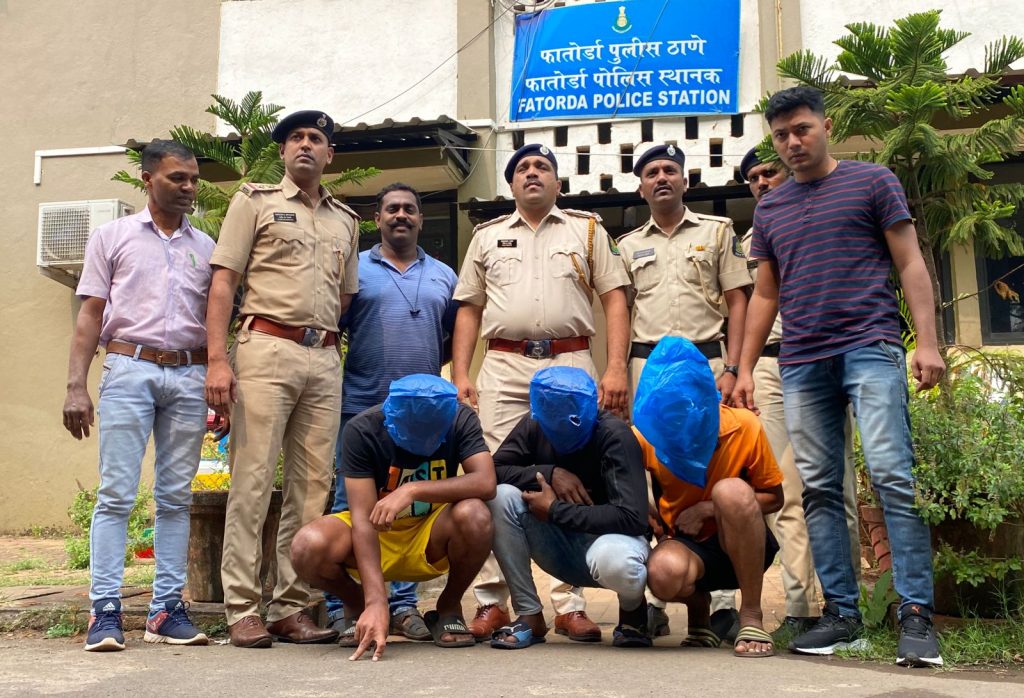 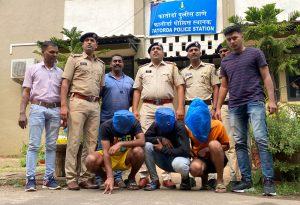 Goemkarponn desk
FATORDA: Fatorda Police has arrested three accused in connection with the assault case wherein one youth was assaulted with blows, kicks, slaps, fists and stones at Colva Circle in South Goa.
The accused arrested are identified as Afzal Shaikh (26) r/o Davorlim, Rihan Ahmadh (21) r/o Seraulim & Krishna Lohar, (23) r/o Vasco.
The accused brutally assaulted youth Vijay Kuhal with blows, kicks, slaps, fists and stones and the violent video of a man being mercilessly beaten and stripped in public has gone viral since yesterday.
Fatorda Police have informed that the person being beaten up was Vijay Kular.
Police further informed that Kular, who has criminal cases against him, was beaten up by 5-6 members of the opposite gang at the Colva circle yesterday night.
Kular has been admitted to the hospital for treatment.
A gang of five brutally assaulted a person near the Margao Colva circle at 2.30 am on Monday.
“He was also hit on the head with a stone by one of the alleged accused.
According to Fatorda police, the incident took place opposite the Tanishq showroom near the circle,” said Police.
Based on the complaint, police sub-inspector Sarvesh Bhandari has registered the offence against the five under Sections 143, 147, 341,324 read with 149 and 506 ii of IPC.
Police said that Vijay Kulal has lodged a complaint stating that he was wrongfully restrained and beaten by accused persons Walter Fernandes, Joseph Sequeira, Simon and two unknown persons.
PSI Sarvesh Bhandari visited the place of the incident and conducted the panchanama, and the Police are still in search of the alleged accused.