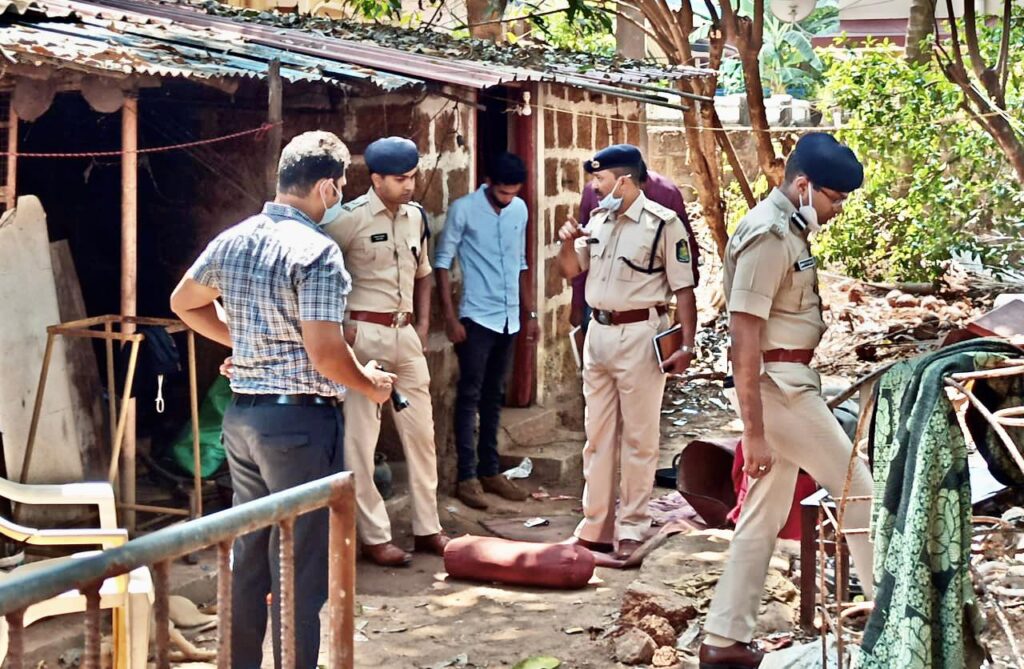 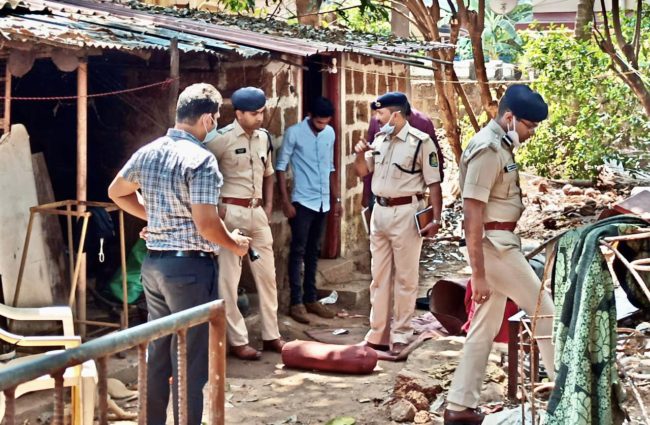 Fatorda:: Within 24 hours of committing the crime, the Fatorda Police have nabbed the three accused – the labourers, from Dadar Mumbai, this afternoon.

Police sources said the Fatorda police team alongwith the three accused are on the way back home.

In a gruesome murder, two senior citizens were brutally murdered at their residence at Ambaji in Fatorda on Monday.

According to the Fatorda police the murder victims have been identified as Minguel Miranda (65) and his mother-in-law Catarina Pinto (85).

The police revealed that the bodies were wrapped and dumped in store room. The forensic team has been called on the site for collecting pieces of information.

The Fatorda police has informed that the motive of the murder is yet to be known and the hunt for the accused is on.

According to sources three labourers were staying in a rented room in the house and have been absconding since morning.

Police sources revealed the owners had not filled the verification form and there is no contact no or address of the three labourers.

The labourers were kept in a room by a Goan fisherman, they said.

The Honda Dio two wheeler, which was missing, was traced at Vasco railway station yesterday.

DIG Parmaditya had said  “There were three labourers, who are missing their role is is being investigated,” he said.

DIG said that there could be a robbery or personal enmity angle.

Further, he said the bodies have stab injuries as well as impact marks also.

“We have found many things, which could have been used for the crime. We will examine if stains are there or not. The postmortem report will clear many things ,” he said.