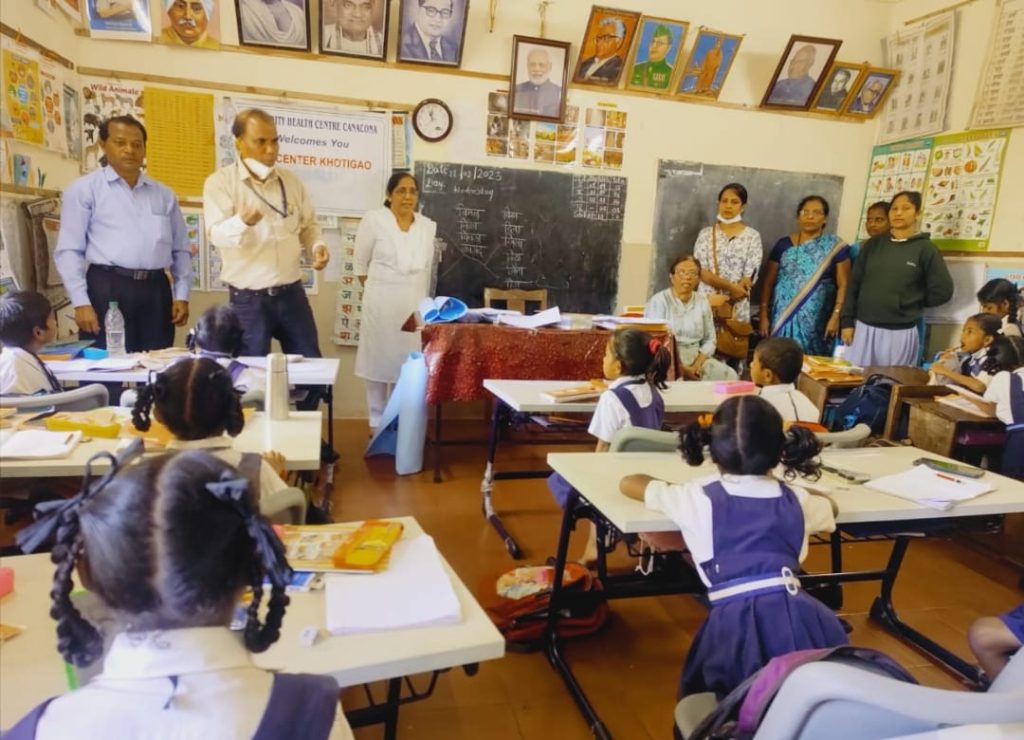 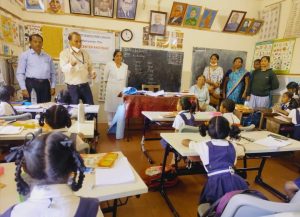 CANACONA: ‘Chicken-Pox, a highly contagious viral infection, is prevalent in the Khotigao village of Canacona taluka, say Healtyh Department Sources.
Following people’s aspirations of some awful disease has gripped their Khotigao village, a Taluka Health Services (Community Health Centre (CHC)) led by Health Officer Dr Sneha Amonkar visited the village, tracking over 36 Chicken-Pox cases, with as many as 9 Active cases.
The Health team of CHC Canacona, along with Health Officer Dr Sneha Amonker, visited Mahal-Baddem, and Avali (A) for Active Surveillance of the Epidemic of Chickenpox.
“Total of 9 Active Cases were found, and more than 25 cases were noticed to have been old for more than 1 to 8 months back. Also, around 169 houses were visited and screened by the health team on Wednesday”, informed a Health team source.
Active participation by Dr Darshana Korgaonkar, PHN Suchita Desai, and Br Ulhas Velip, besides Br. Prashant Kholkar were also part of the screening team that visited Khotigao on Wednesday. Incidentally, Khotigao residents were critical of Health officials for ignoring the signs of the Chicken-Pox epidemic since it broke out some months ago in the village and for not taking any precautionary measures to spot the spread of the highly contagious viral disease.
According to sources, the type of skin virus similar to Chicken-Pox, which is in local or vernacular language and is called ‘Fugao’, first began to come to light during the last Ganesh festivities. Some of the other people used to have ‘Fugao’ even before the last Ganesh festivals. Most people thought it was very common to have ‘Fugao’, and as per the tradition, people on their own used to maintain social distance from the infected person, maintain hygiene, besides completely avoid using Oil to Cook or stop consuming non-veg food in and around the locality where an infected person lives.
It is learnt that when many people used to have this viral skin infection, and some villagers when approached CHC to inform, they were ignored with the health Officials claiming no such case (Chicken Pox) is ever reported nor even a single Chicken Pox patient came at the CHC.
The informers were also reportedly told that health and Anganwadi workers keep a close watch in the village, and no such matters are ever reported at CHC.
Suddenly on Tuesday, a Lady reportedly having Chicken Pox symptoms suddenly collapsed and was rushed to the CHC, and it was then that some health staff got to wind up of the matter and accordingly informed the Health Officer, who reportedly began to form a surveillance team to visit the village under the lens.
While the Health Team has screened most of the households in the village, health workers are reportedly collecting information/details of any residents travelling or stating anywhere outside the village to verify if the highly contagious viral skin disease may have spread across.
While people across the taluka have Congratulated all frontline health team workers of the Community Health Center for providing special attention towards Active surveillance of Epidemics of Chickenpox in the region and have also called up to facilitate this type of health awareness cum treatment program in tribal areas of Cotigao village panchayat taking the extra effort to make the public aware of the hazardous health diseases.