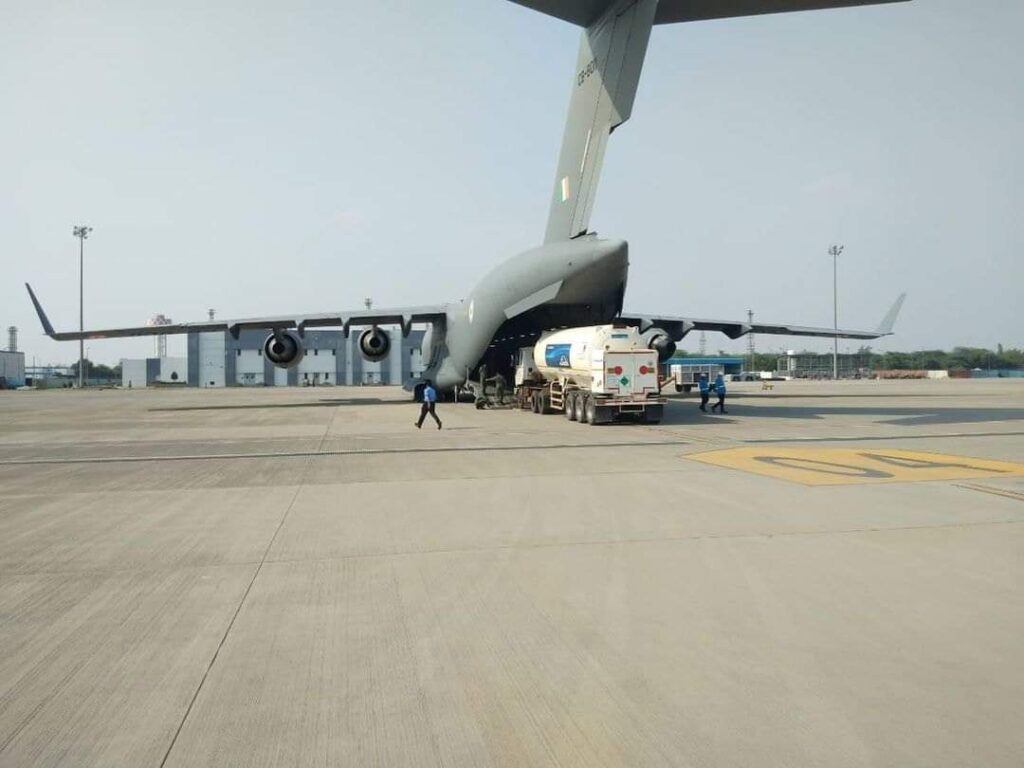 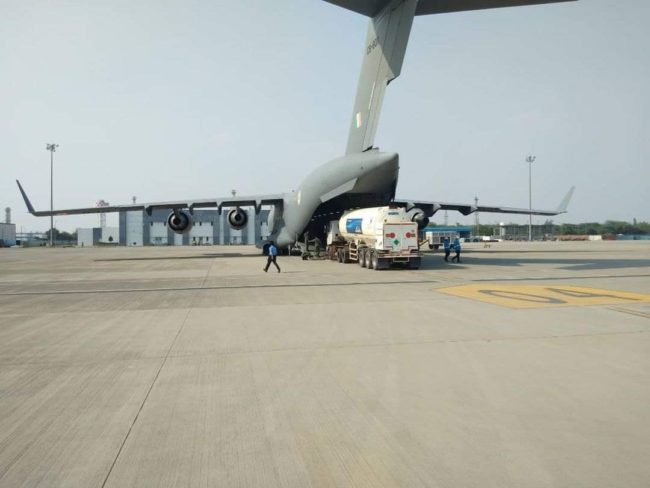 NEW DELHI: The Indian Air Force (IAF) is ferrying empty oxygen tankers to filling stations across the country, pressing its transport fleet into action at a time when SOS calls for medical oxygen are ringing out from different corners.
On Twitter, IAF has said its “transport fleet is supporting the fight against Covid-19”, while also airlifting “medical personnel, critical equipment and medicines”.
IAF aircraft C-17, IL-76, C-130 J, AN-32 and AVROS are crisscrossing the Indian skies to eliminate supply obstacles in the distribution of oxygen, a life-saving resource for critical Covid-19 patients.
“Our effort is to give logistical help to ease distribution bottlenecks,” a top official in the defence ministry said.
Oxygen is combustible and considered risky to be carried on flights. While the gaseous form is still allowed, liquid oxygen is not. Though both passenger and freight flights are allowed to carry oxygen cylinders under a law dealing with the transport of what are known as “dangerous goods” on air, the permissible quantity is such that it may not help in a public health crisis. That law, however, does not apply to military aircraft.
For now, efforts by IAF focus on cutting travel time of empty containers to places where oxygen is available or produced. The containers supplied by IAF are filled with oxygen and sent to their final destinations by road.
In the wake of the ongoing crisis, it has emerged that transport bottlenecks are a big hurdle in supplying oxygen to hospitals. Media reports have pointed out that the country didn’t have enough cryogenic tankers for round-the-clock transport of medical oxygen — which is prepared in liquid form and then converted to its gaseous form by distributors who make supplies to hospitals.
With the health crisis deepening in the country, IAF’s transport fleet has been on the job for the last two days. Two C-17 Globemasters have airlifted two empty cryogenic oxygen containers, while an IL-76 has ferried an empty container to Panagarh. Eight containers have been airlifted from Hyderabad to Odisha, where they will be filled. Oxygen containers from the Defence Research and Development Organisation (DRDO), Bengaluru, have been sent to Delhi, where the crisis is acute.
Several Covid-19 patients are found to have low oxygen levels in their blood, according to experts. They say this could happen even in asymptomatic patients and such a condition might indicate that a patient needs medical attention. In the unsparing second wave that is battering India, more cases of breathlessness have been witnessed than in the previous wave, increasing the requirement of medical oxygen in the country.
Not just oxygen, IAF has ferried doctors and nursing staff from Kochi, Mumbai, Visakhapatnam and Bengaluru to DRDO’s Covid-19 hospital in Delhi that has 500 beds. The force has airlifted a Covid testing set-up to Leh as well.
India is also reaching out to friendly countries for empty containers that will be airlifted by IAF on an emergency basis. The Armed Forces Medical Sciences (AFMS) unit plans to airlift 23 mobile oxygen-generating plants from Germany and deploy them in its hospitals for Covid-19 patients. These mobile plants are expected within a week. Each of these plants will have a capacity to produce 40 litres of oxygen per minute. At this rate, one such portable plant can cater to 20-25 patients round the clock.
“We are on standby, awaiting formal orders for the mission,” a senior IAF official said.
At the same time, 32 of the Indian Army’s wagons that carry big guns and tanks on rail routes are being used to transport oxygen.
Meanwhile, the armed forces are facing a Covid crisis of their own. Though about 99% of the personnel have received the first jab, and 85% have received both shots of Covid-19 vaccines, army hospitals are flooded with patients. On Wednesday, Brigadier RS Parmar, a veteran, died of Covid-related complications on his way to Chandigarh, as no beds were available at an Army Hospital in Delhi Cantonment or any other facility in Delhi.
In such a scenario, the Army Hospital in Delhi is being converted into a 1,000-bed Covid hospital. It should be fully activated within a week. Defence minister Rajnath Singh has asked the forces to open their hospitals to civilians at this crisis hour wherever possible.
The forces are also in the process of reaching out to their retired doctors to man the Covid hospitals DRDO is setting up across the country. DRDO, which makes high-end military missiles and surveillance systems, is now concentrating its energies to make “pop-up” Covid hospitals in major centres.
A 500-bed facility is already up and running in Patna and three are in the process of being set up in Lucknow. A 750-bed facility is being built in Varanasi, and work is progressing at a fast pace for a 900-bed Covid hospital in Ahmedabad.
The armed forces’ massive logistical muscle is being mobilised for the biggest war the country will ever fight.