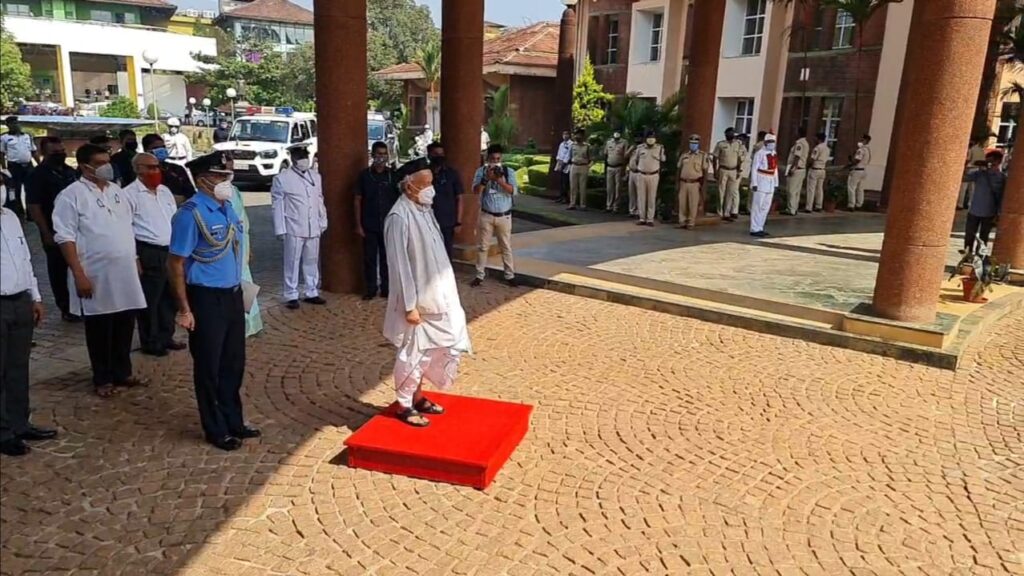 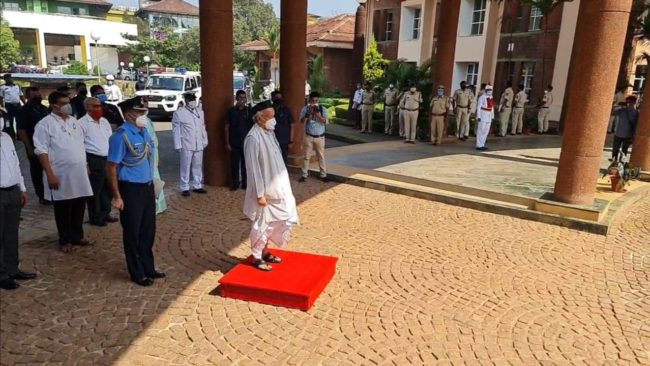 Panaji: The short-4-day session of the Goa legislative Assembly began today with an even shorted address of the Goa Governor Bhagat Singh Khoshyari, who just read two paragraphs and tabled the speech citing health issues.

The Governor speech tabled makes no mention of uprisings in the State on coal, IIT Goa, Mining, Mhadei etc.

The Speech makes just passing mentions on Mining and Mhadei.

“”At the outset, I would like to congratulate the Chief Minister and his Cabinet Colleagues, State Executive Committee headed by the Chief Secretary, all front line Covid warriors, Officers and officials who successfully controlled the spread of COVID-19 (pandemic) in the State,” the speech reads.

It said that though the State has suffered a lot in terms of Socio-Economic & Infrastructure development taking a backseat in the Covid times, but due to systematic planning, regular monitoring and instantaneous corrective measures by the State administration, the State is now gaining momentum in its activities from micro to macro level and is nearing complete normalcy.

“The COVID-19 (pandemic) is an eye opener, which has taught an important learning to the people and also to the States to be self-reliant.

“Mining sector is a major revenue earner, creator of employment and caters to the demand of construction material. As per the order of the Supreme Court of India in Writ Petition (Civil) No. 435 of 2012, Government has conducted 24 e-auctions and sold 14.68 Million Tons of the mineral ore lying at various stack yards,” he said.

He added, ”Government is continuously making efforts to resume mining in a systematic manner by rejuvenating the State’s economy, preserving the environment, the natural resources, the health status of the people in the mining sector with the main vision to ensure “sustainable mining” in the State of Goa.”

On Mhadei, he said, the attempt of State of Karnataka for diverting the water has been brought to the notice of the Apex Court by filing a fresh contempt petition in October, 2020.

The Governor further said that the overall crime situation in the State has remained under control due to effective implementation and monitoring of law and order.

“The overall crime detection rate of 92% for the year 2020 as against 84% during the year 2019 shows the commitment of the police force for providing safe and secure environment to the citizens as well as the tourists visiting the State,” he said.

The Governor added, ”The police force intensified action against the drugs menace which has led to registration of 79 cases and seizure of approximately 59 kgs of drugs worth `300.85 lakh. Nasha Mukth Bharat Campaign was launched in order to spread message to the youth with an aim to make Goa a “Drugs-free State”.“

On financial status of the State, the Governor says though, there was demonetization effect and economic slowdown during 2017-18, the Gross State Domestic Product (GSDP) for the year 2017-18 at current prices stood at `69,352.05 crore registering a growth rate of 9.29 % as compared to previous year 2016-17.””

He said that though there was complete lockdown in the State for more than three months, the State has collected revenue of `292.22 crore upto December 2020 as against the target of `547.95 crore for the year 2020-21.

“Efforts are being made to mop-up the revenue collection,” he said.

Governor also spoke on the Government’s commitment to double the farmers‟ income by 2022 for which various beneficiary oriented programmes like distribution of high yielding variety of paddy seeds at 50% subsidy, agro machineries at subsidised rates, assured price for paddy, sugarcane, coconut, oil palm and cashew nut have been initiated.

On environment, he said, Goa is known for its natural beauty and is rich in flora and fauna. The area under forest and tree cover as per the recent edition of “India State of Forest Report 2019” is 68%.

“Goans are very sensitive about the environment. Under Compensatory Afforestation, over 1.75 lakh saplings have been planted covering an area of 235.16 hectares during the year. During the three month long Vanmahotsava, 3.57 lakh tree saplings including ornamental and medicinal plants 12 were distributed free of cost to the public,” he said.

He further said the Goa Investment Promotion Board has granted approval to 196 projects in principle with total investment of `15,780.54 crore having an employment potential of 37,247 persons

He says, Government is making efforts to bring private firms in the domain of employment exchange in order to provide quality employment according to the skills, aptitude, qualification and interest, thereby 38 bringing talent closer to opportunity for the unemployed youth through online mode

This year, he adds, 108 39 startups have been certified and 41 startups incentivized. Under Goa Startup Policy 2017, till date an amount of `1.05 crore has been disbursed. In order to provide services at the door step of the common man, my Government has made 134 end-to-end services of 21 departments online.

On tourism, he said, the scenic beauty of Goa has enticed innumerable domestic as well as foreign tourists. The State of Goa has been ranked number One in the “Best performing State in Tourism” category by India Today as per their “Best State of India” ranking.

Goa tourism has received “safe travels” stamp, becoming the first State in the Country, from World Travel and Trade Council. 64. Several activities such as supplying, testing and commissioning of solar street lights, CCTVs and 45 Gazebos, Tourism infrastructure at Mangueshi have been completed under Swadesh Darshan Scheme-II as a part of Development of Coastal Circuit. Under the Swadesh Darshan Scheme, the department through GTDC has supplied commissioning of self-propelled sweeping machine for municipality/ beach area application with comprehensive annual maintenance and operation for the period of 5 years at the cost of `210.63 lakh; constructed toilet blocks, changing rooms at Santa Monica Jetty (Panaji), Anjuna, Baga, Cavolossim, Morjim, Terkhol, Candolim, Calangute, Ashvem beaches and Pernem KTC bus stand have been constructed at a cost of `1421.60 lakh.