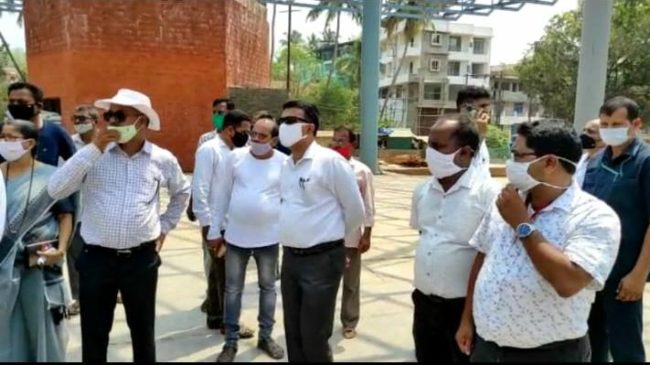 BICHOLIM: There is a good news for Sakhalikars as the CM has announced that the first phase of Kadamba bus stand will be inaugurated on April 24.

The CM announced after visiting the site. He informed that the bus stand will be opened in the first phase only to facilitate the people while the other facilities like toilets, shops, connecting roads, depots and other recreational facilities will be completed in the second phase.