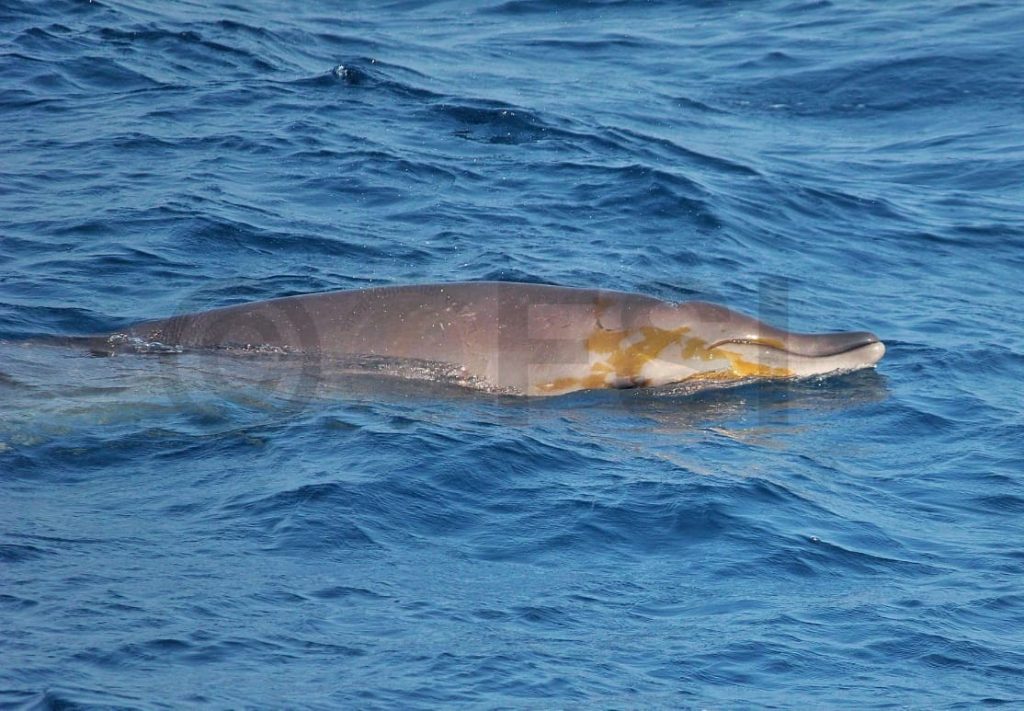 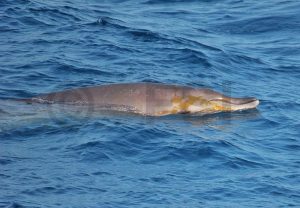 During the marine mammal survey undertaken onboard vessel MFV Yellow fin attached
to Mormugao Base of Fishery Survey of India (FSI), two female Blainville’s beaked whales
Mesoplodon densirostris (de Blainville, 1817) (Family: Ziphiidae) was sighted for the first
time from Indian Exclusive Economic Zone during the month of December 2022.
A press release issued by Dr. S. Ramachandran, Zonal Director, FSI, Goa said that the common name of the family, beaked whales refer to their distinct beak.
” Blainville’s or Dense-Beaked Whale Mesoplodon densirostris is the one of the rarer species of the genus Mesoplodon. It has been reported from South Africa, Mauritius, the Seychelles, Maldives, Sri Lanka, Australia, the Philippines, China, Taiwan, and Japan. But so far, no authenticated report on the occurrence of the species from India. This is the first confirmed sighting record for this species in the Indian seas. ” Said the press note
” Arshad P.R., Young Professional, Mormugao Base of FSI has sighted and taken photographs of the movements of this rare deep-sea whale while surfacing in the depth area of 1400m off Mangalore coast, Arabian Sea, India. Blainville’s beaked whales were found preferentially in waters of depths between 200 and 1400 m. Squid and small fishes are the main food items. The maximum size of the Blainville beaked whale reported was
4.7 m length and weight 1033 kg. The adult male has the tusks that extend above the head. ” Said the press note
” But female lacks the tusks. The species generally dive up to 1400 m depth and remain
there for 54 minutes and very few seconds only it comes to surface for breathing. Therefore, sighting of the species is very rare. This observation was made as a part of the on-going PMMSY project entitled “Marine Mammal Stock Assessments in India ” funded by the DoF, Ministry of Fisheries, Animal Husbandry & Dairying, Govt. of India to Fishery Survey of India. Dr. R. Jeyabaskaran,
Director General, FSI, Mumbai is the Principal Investigator of the project and he has
identified the species. ” Added the press note