Fishing Corporation in Goa yet to see light of the day: GFBOA 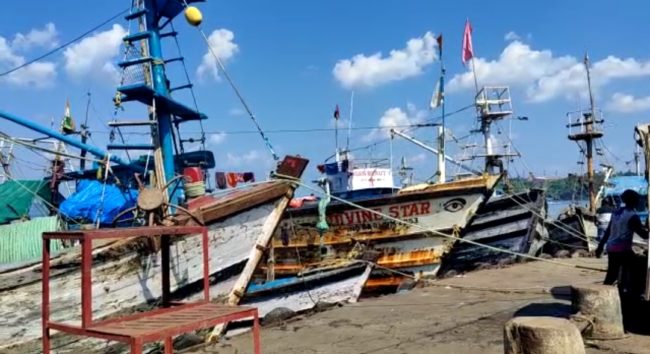 Goekarponn desk
VASCO: Goa Fishing Boat Owners Association president Jose Philip D’souza blames the state government for giving lip service to the Goan fisherfolk.
The plan to form a fisheries corporation has not seen the daylight nor the promised boat repair scheme of the state government is reaching the boat owners as the bank staff are unaware about such schemes, says D’souza.
Jose Philip D’souza, president of Goa Fishing Boat Owners Association, said if the fishing corporation had been there, it would have definitely benefited the fisherfolk.
“I had heard that the corporation would come into existence and the pending work of the fishing jetty at Kharewado and other works of the fisherfolk would be accomplished. But sadly, till date, no movement from the state government’s side is visible in this direction,” he stated.
He further pointed out that the government talks a lot about the blue economy and blue revolution, but there is ambiguity about the roadmap as to how the blue revolution will happen and will benefit us.
D’souza said that the government has come up with a scheme to help boat owners to repair a boat, but whenever we go to the bank to avail such a scheme, the bank staff inform us that they are unaware of the scheme and we fisherfolk have to return empty-handed.

Goemkarponn desk Panaji, 26th April 2021 : The weekend saw three individuals being rescued at Candolim and Baga beaches all of who were caught up ... Read More

NEWER POSTMy father has had his innings & his sympathies are no longer with Chodankar: Vishwajit
OLDER POSTAmidst 60 years of liberation, Canacona remembers COVD19 victims