Sources informed that with various nightclubs operating in the coastal belt of North Goa, police have become more vigilant to comply with the court order as they would be held responsible for not taking action. 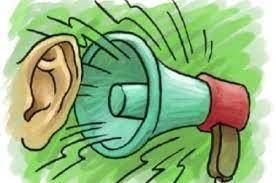 Goemkarponn desk
PANAJI: Goa Police have formed a three-member ‘Flying Squad’ in an effort to curb noise pollution during nighttime.
The move comes after the High Court directed to take action against those playing loud music after 10 p.m. in the coastal belt.
“We have given instructions to the police to comply with the direction of the High Court and take action. We have constituted a flying squad of three members, comprising Superintendent of Police, Police Inspector and Sub Inspector, who directly take complaints and do surprise checks and take actions,” North Goa Superintendent of Police Nidhin Valsan told reporters here.
“During night time, we keep check through patrolling. We also have a specific control room to entertain these complaints,” Valsan said.
Sources informed that with various nightclubs operating in the coastal belt of North Goa, police have become more vigilant to comply with the court order as they would be held responsible for not taking action.
Since the last couple of days, the police have started to crack down on noise pollution in the coastal belt, giving respite to the people residing in the area.