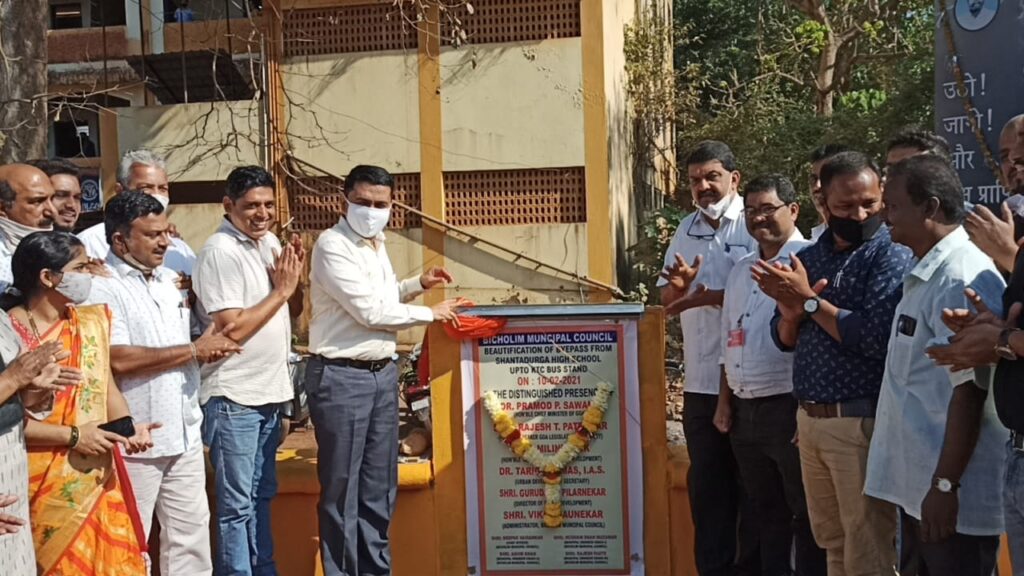 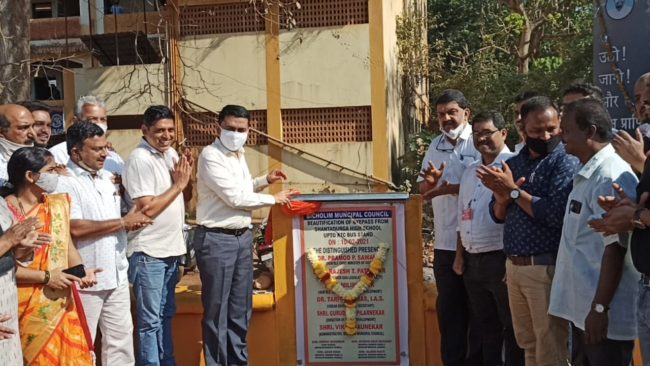 BICHOLIM: The Chief Minister, Dr Pramod Sawant today announced that the much awaited pending foundation stone for the complex with all government offices will be laid soon in Bicholim.

The CM was today speaking after inaugurating the first phase of road beautification project from Bicholim to Walshi undertaken by the Bicholim municipal council.

The CM told that the much demanded project of the new complex at the old police station will soon take shape. “There were some hurdles regarding the land acquisition and now that they are resolved we would soon lay the foundation stone for the same” the CM told.

He informed that the building of fire Brigade and the government primary building will be completed by December 2021. When asked about the Bicholim bus stand he told that during this tenure the bus stand would be completed.