Four-lanes of Zuari bridge to be ready for opening by the end of the month *No decision on inauguration yet; State Govt will decide, says DBL 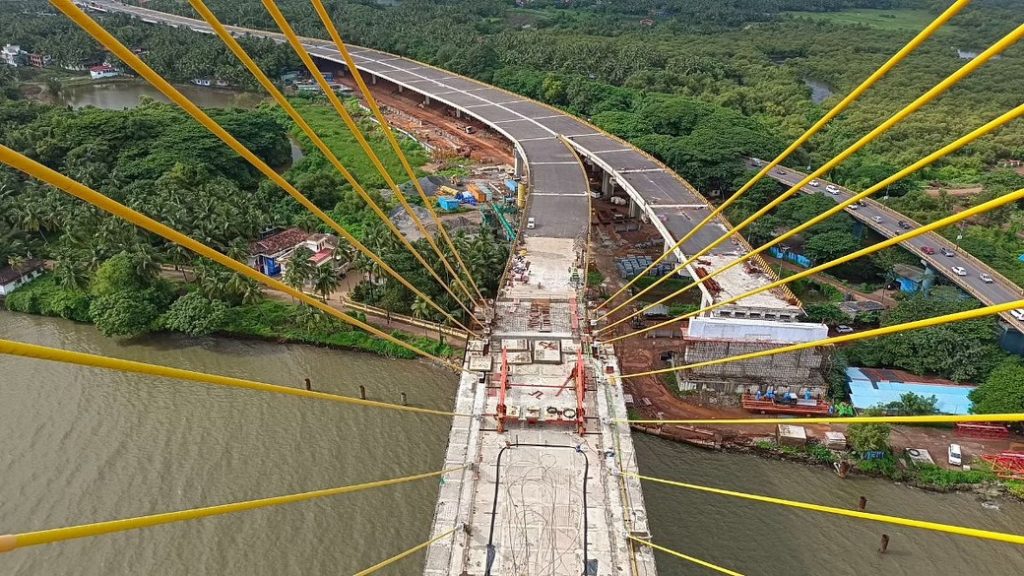 CORTALIM: While the State government is going gaga over the inauguration of the new Greenfield airport at Mopa, there has been no clarity on the opening of the four lanes of the new Zuari bridge, which has need of the hour considering the high traffic in the month of December.

Replying to a query from Goemkarponn a couple of days back Chief Minister Dr Pramod Sawant said that there has been no decision on the Zuari bridge inauguration.

“We will discuss that after updates from DBL,” CM replied.

When contacted Dilip Buildcon Limited Vice president Atul Joshi told Goemkarponn that the four lanes of the bridge are in the final stages of completion.

“We will complete the four lanes of the bridge by the end of this month,” he said.

He said the inauguration of the bridge will be at the discretion of the State government.

“The State government will decide on the opening of the bridge. We will discuss the completion with them and then let us see,” he said.

Asked whether the bridge would be ready for opening alongside Mopa airport, which would be inaugurated by Prime Minister Narendra Modi, he replied, “I told you we will be ready by the end of the month then the State has to take a call.”

There is an urgent need for the new Zuari bridge opening considering the frequent traffic jams on the Zuari bridge which lead to many passengers missing flights from Dabolim airport.

Chief Minister Sawant said the bridge was constructed at a cost of Rs 1,436 crore and built in three phases, connected from Bambolim in North Goa to Verna junction in South Goa.

The eight-lane cable-stayed bridge, once opened, is expected to ease the traffic on the existing two-lane bridge over the Zuari river that has been a traffic bottleneck for years.

In November 2021, on a visit to Goa, Gadkari also announced that there was a proposal to construct a viewing gallery atop the under-construction cable-suspended Zuari bridge and make it a tourist attraction that, he said, would be more popular than the Eiffel Tower and said a revolving restaurant may also be constructed atop the tower.

Goa PWD Minister Nilesh Cabral said that it may have taken eight years to build but this would be an “iconic” bridge in Goa. He said that the proposal to build the revolving towers atop the bridge was not in the original plan but the PWD would soon issue a tender for its construction on a public-private partnership (PPP) model.