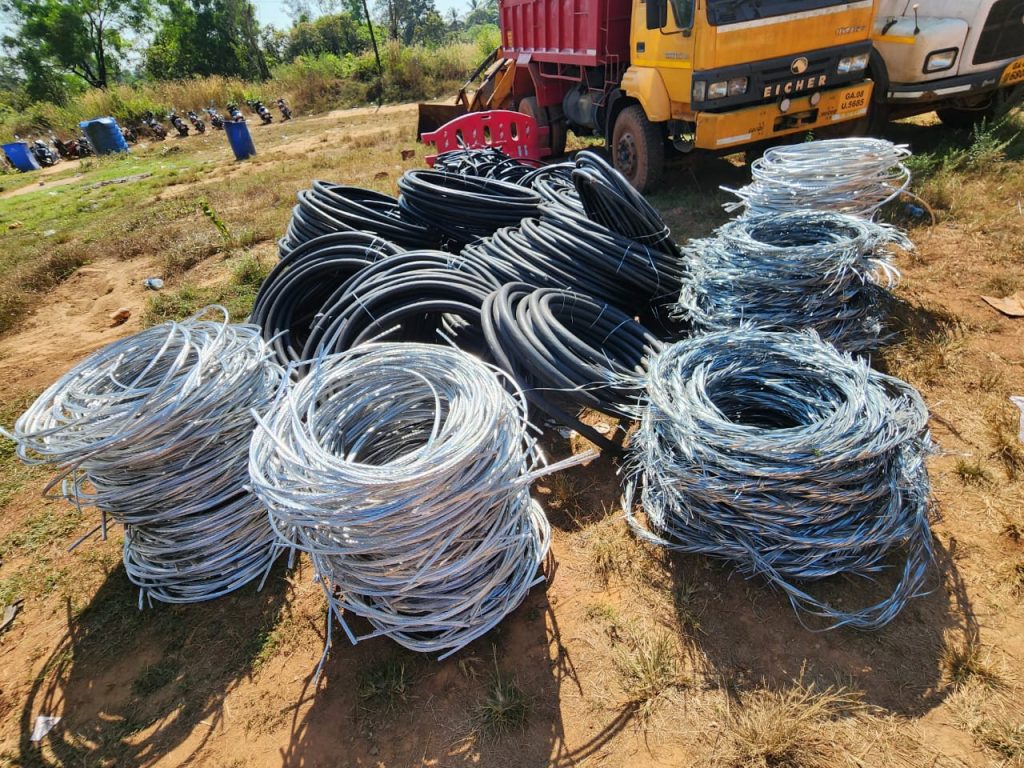 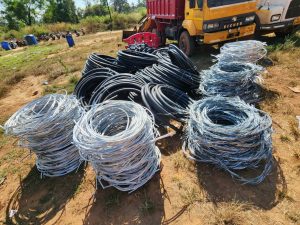 Goemkarponn desk
QUEPEM: Quepem Police has arrested four Uttar Pradesh natives for committing theft of electrical cables to be used for underground electricity connections worth Rs 21 lakhs.
The accused have been identified as
Mehtab Ali (21), Haidar Ali (22), Mohammed Sari (18) and Mohammed Wakar.
Police have also recovered stolen property recovered from a godown at Honda-Valpoi. Also, two vehicles used to commit the crime also seized.
During the course of investigation through technical surveillance and local intelligence, it was revealed that one Bolero vehicle bearing NO. GA-03-N-5364 is involved in the said crime, and the said vehicle was rented to the accused namely Mehtab Ali, who was presently residing at Old Goa.
Accordingly, team of Quepem PS led by PI Quepem, with the assistance of Ola Goa Police Station staff, traced the accused, namely Mehtab Ali s/o Anwar Ali age 21 yrs, along with his accompanies namely (2) Haidar s/o Zakir Ali age-22 yrs, (3) Mohammad Sari s/o Mohammad Jumman age- 18 yrs and (4) Mohammad Wakar s/o Fulmia Ata all native of Utter Pradesh who all involved in committing the theft of cable.
All four accused persons were traced and arrested within 24 hours, i.e. on 21/12/2022 at 19.24 hrs. After thorough interrogation, the stolen property was recovered from one godown at Honda valpoi at the instance of accused.
Both the vehicles, i.e. Mahindra mini truth bearing registration no GA 03 N 5363 and Fasino bike bearing registration number GA 03 AH 1683, are attached in the present case; the tool used to cut the cable is also recovered. Further investigation is in progress.