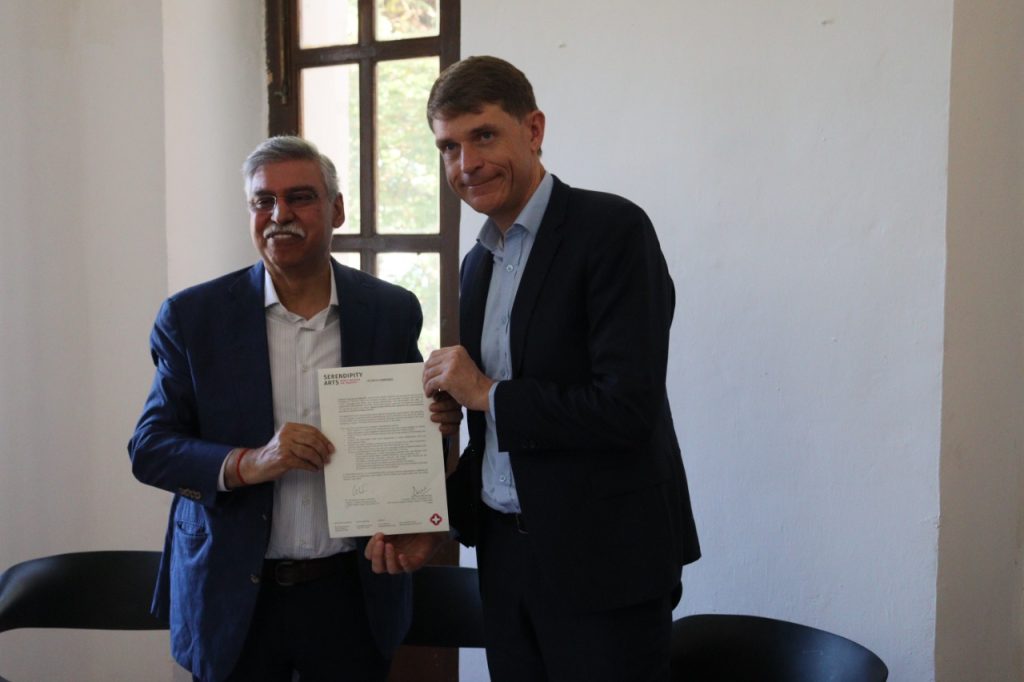 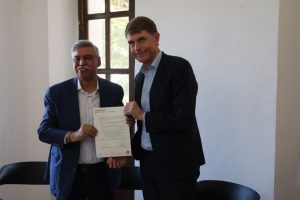 Goemkarponn desk
PANAJI: The Embassy of France in India – French Institute in India signed an agreement with the Serendipity Arts Foundation to foster cultural exchanges between France and India to mark the 2022 Serendipity Arts Festival. The agreement reaffirms France’s sustained role as a patron and partner for art festivals and contemporary creation in India.

French artists such as Sophie Calle or Olivier Sagazan were prominently featured across the Serendipity Arts Festival’s previous editions, which also included a collaboration with the Musée d’Art Moderne, Paris. The Indo-French flavour at this year’s festival includes an exhibition featuring France’s Centre national des arts plastiques (Cnap) and Jeu de Paume.
‘Terra Nullius/Nobody’s Land: Excavations from Image 3.0” is an exhibition dedicated to new mediums of imagery that seeks to challenge the codes of our relationship to the image. It is the result of a national photography commission initiated by the French Ministry of Culture in 2020 under the title “Image 3.0” – to encourage artists who combine photographic and digital practices. The resulting works were presented for the first time in France this year in Reims and at the Paris Photo fair. As part of the Serendipity Arts Festival, eight of these works will be on display from 15 to 23 December in a dedicated space at the historic old Goa Medical College, one of the central locations of the festival. This specific itinerancy is the result of a dialogue with India’s Alkazi Foundation for the Arts.
In addition to ‘Terra Nullius’, France will also be represented at the festival by sound artists Dinah Bird and Jean-Philippe Renoult, who will present their work on 21 December after having completed several weeks of residency in India
2. France and Serendipity Arts Foundation strengthen their ties through a wide-ranging agreement

The ‘Terra Nullius” exhibition reflects France’s emergence as a major partner for Serendipity Arts Foundation initiatives. For the 2022 Rencontres d’Arles, which is one of the most important photography festivals in France, members of the Serendipity Foundation were invited to France to inaugurate the first edition of the Serendipity Arles Grant, an Indo French cooperation programme designed to award prizes to young Indian photographers and give them international visibility. Continuing in this spirit of partnership, the Director of the French Institute in India, Mr Emmanuel Lebrun-Damiens, and the Founder & Patron of Serendipity Arts Foundation, Mr Sunil Kant Munjal, signed an agreement on December 16 to spur even more active collaboration over the next two years. The agreement includes: