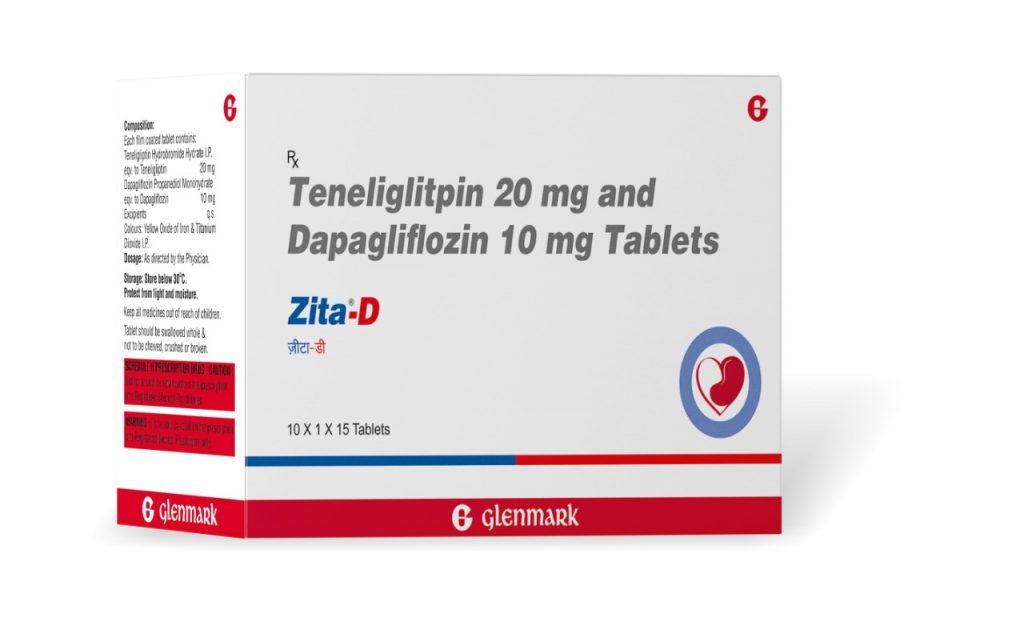 Goemkarponn desk
PANAJI: Glenmark Pharmaceuticals Limited (Glenmark), an innovation-driven global pharmaceutical company, became the first to launch Teneligliptin (20mg) + Dapagliflozin (5mg/10mg) fixed-dose combination (FDC) for the treatment of adult patients with type 2 diabetes, especially the ones with comorbidities. Marketed under the brand name Zita D; it contains Teneligliptin (20mg) + Dapagliflozin (5 mg/10 mg), and must be taken once daily under prescription to improve glycemic control & prevent complications in adult patients with type 2 diabetes, especially the ones with comorbidities.
On the launch, Alok Malik, EVP & Business Head – India Formulations, Glenmark Pharmaceuticals, said, “Diabetes is growing in India at an alarming rate, and eight out of every ten diabetic patients suffer from comorbidities. Glenmark being a leader in the diabetes segment in India is proud to bring Zita D, a well-researched and affordable fixed dose combination, which will significantly improve the glycemic control in adult patients suffering from uncontrolled Type 2 diabetes, especially the ones with comorbidities.”
Teneligliptin is a widely used DPP4i (Dipeptidyl Peptidase 4) inhibitor, whereas Dapagliflozin is the most prescribed SGLT-2i (Sodium-glucose co-transporter 2) inhibitor for diabetic patients in the country. While Zita D is a promising treatment option in managing uncontrolled Type 2 diabetes with comorbidities, this FDC has also proven to be effective among adult diabetic patients without comorbidities. Glenmark’s Zita D has priced at around INR 14 per tablet for FDC of Teneligliptin 20mg + Dapagliflozin 5mg, and INR 15 per tablet for FDC of Teneligliptin 20 mg + Dapagliflozin 10 mg, per day.
Glenmark has a strong legacy of bringing new and effective treatment options for diabetic patients. In 2015, Glenmark revolutionized diabetes treatment in India by being the first to launch the DPP4 inhibitor – Teneligliptin, followed by a fixed-dose combination of Teneligliptin + Metformin. In continuation towards its legacy, Glenmark launched Remogliflozin, a novel SGLT-2 inhibitor, in 2019 after its first global approval in India and subsequently launched its combinations with metformin and Vildagliptin. Earlier in 2022, Glenmark launched Sitagliptin and its FDCs, followed by Lobeglitazone.