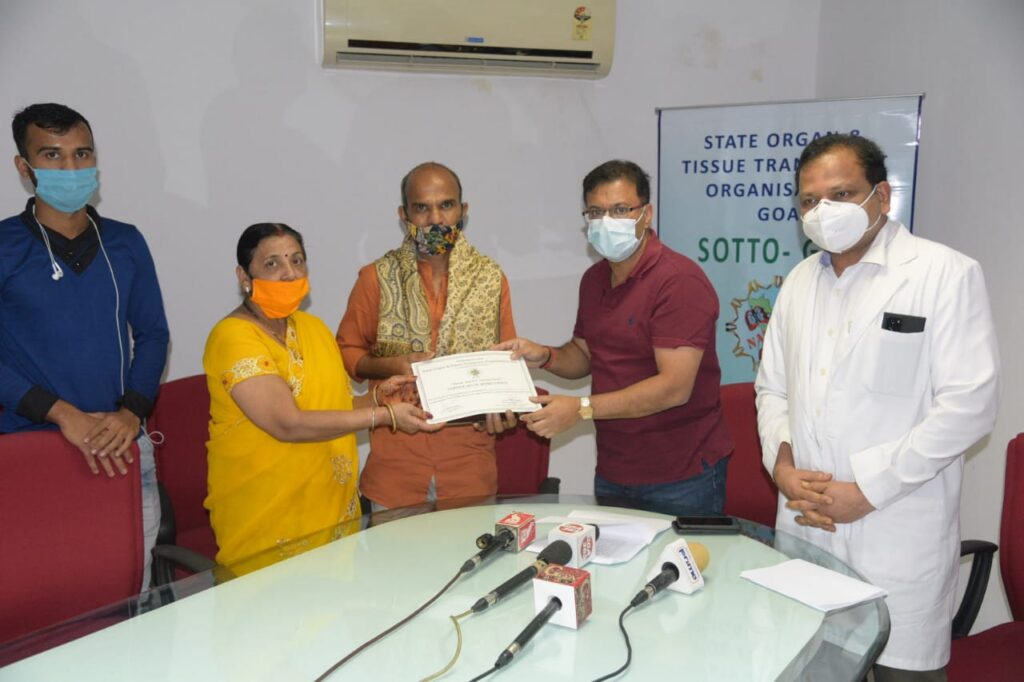 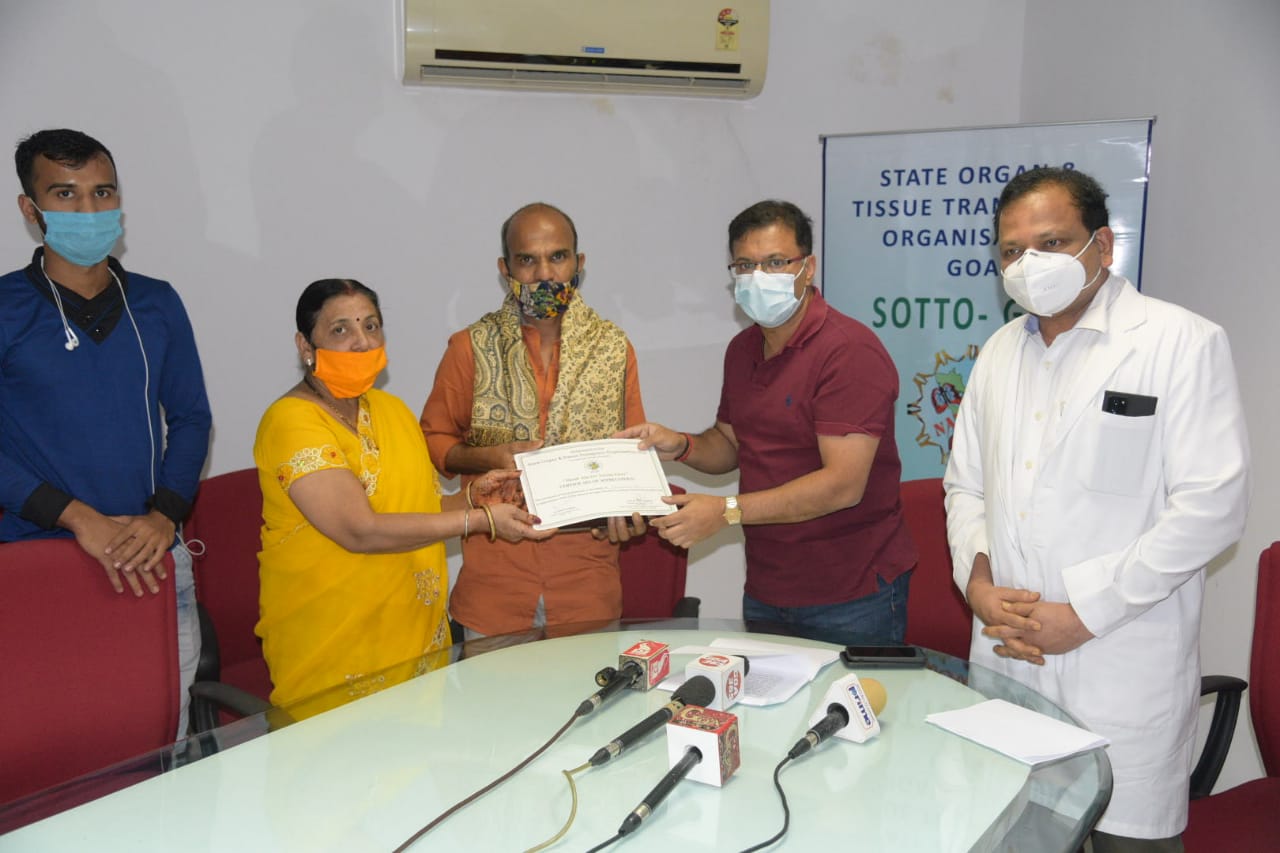 Panaji: Health Minister Vishwajit Rane and Goa Medical College Dean Dr Shivanand Bandekar felicitated the parents of the 21-year old Pradhyuman Soni, whose organs were donated for five different patients across the country.
Speaking on the occasion, GMC Dean Dr Bandekar said that the it was a great gesture on part of the parents to donate the organs of their brain dead son.
“It was a small recognition on part of GMC and health ministry as it taken great guts to make such decision,” he said.
As per the information given by GMC, the brain death certification of Pradhyuman, who met with an accident on Thursday, was done by Dr Teresa Ferrira after Apnoea tests mandated by Law.
“As per the waiting list currently which is only of Goa Medical College the SOTTO team contacted the potential recipient for the workup. The aim of the programme is to maximize the organ utilization and minimize the organ wastage. The organ is an national resource the other organ were offered to the region and allocation was done of the Liver and Heart as per the waiting list,” the GMC release said.
It added that since there was no registered recipient for the lung in the region it was offered to the rest of the country and NOTTO allocated the lung to State of Telangana.
The heart was transplanted into 59 years old recipient from Mumbai suffering from Non Ischeamic dilated cardiomyopathy with EF 10 to 15%
The lungs was transplanted to a 58 years old recipient who was on Ecmo and diagnosed with a Post COVID fibrosis.
The Liver have been successfully transplanted to 59 year old male admitted at Nagpur
“All the three recipients are doing well. The kidney recipients at GMC are also doing well. This is just the beginning and we have long road ahead. Goa is now on the organ donation and transplant map of India,” the Dean said.