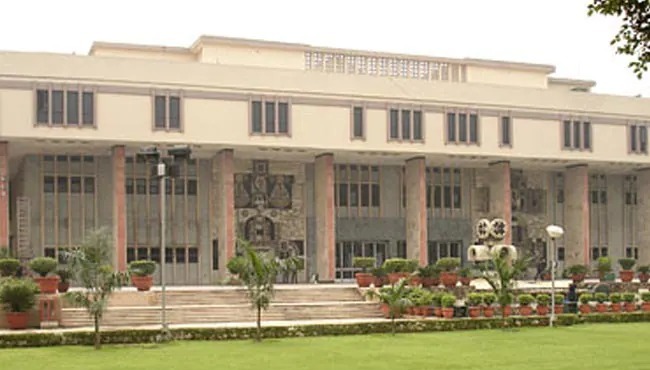 Goemkarponn desk
NEW DELHI: The Delhi High Court on Tuesday sought response of Union Minister Smriti Irani on a plea by microblogging site Twitter seeking certain clarifications in the court’s earlier order by which it had directed social media giants to remove web links allegedly containing objectionable material against the BJP leader and her daughter.
Justice Mini Pushkarna issued a notice to Ms Irani on an application filed by Twitter in which it sought clarification in the July 29 order to the effect that the platform is only bound to take down similar material, which is found to be defamatory on being provided with URLs by Ms Irani.
The application was filed on Ms Irani’s pending civil defamation suit in which the high court had on July 29 issued summonses to three Congress leaders, Jairam Ramesh, Pawan Khera, and Netta D’Souza, and had also asked them to take down tweets and other social media posts on allegations levelled against the Union minister and her daughter.
Besides, the high court had directed search engine Google, social media platforms Facebook, Twitter and YouTube to remove the allegations, videos, posts, tweets, re-tweets, captions, taglines along with the morphed pictures of the complainant and her daughter and the underlined material with such defamatory content or anything similar thereto including recirculation on their respective platforms.
Twitter sought clarification that the order is to be directed against defendants 1 to 3 (Congress leaders) and not against the social media platform.
As the counsel for Ms Irani sought time to respond to the application, the high court granted two weeks to file a reply.
Earlier, Google had told the high court that it had complied with the order to remove web links allegedly containing objectionable material against Ms Irani and her daughter and had said the BJP leader may provide other URLs on which action would be taken.
Google’s counsel had submitted that only one URL was provided to them by Ms Irani, and the same has been disabled.
The high court had also issued notice on Google’s application seeking modification in the July 29 order and asked the BJP leader to respond to it.
In its July 29 order, the high court had held that Ms Irani and her daughter were neither owners of a restaurant-cum-bar in Goa at the centre of controversy nor a license was ever issued in their favour and said the statements by three Congress leaders against them seem to be “bogus with malicious intent”.
Further saying that even the Goa government issued the show-cause notice was not addressed to Ms Irani or her family members, the high court had said the three Congress leaders and others conspired to “launch a tirade of false, scathing and belligerent personal attacks” against them.
The Congress leaders have alleged that the senior BJP leader and her daughter had links with the upmarket restaurant – ‘Silly Souls Cafe and Bar’.
Ms Irani has filed a defamation suit against the Congress leaders for allegedly making baseless and false accusations against her and her 18-year-old daughter.
The high court had said since the complainant commands an esteemed position as a minister in the central government and considering the nature of her public office, there is immense public glare and scrutiny of any information about her in the public domain.
It had said it was of the considered view that the statements made by the Congress leaders were in the “nature of slander and seem to be bogus with malicious intent, only to garner the highest amount of viewership thereby intentionally subjecting the plaintiff to a great public ridicule.”
Ms Irani’s action had come after the Congress leaders alleged that her daughter Zoish Irani ran a bar illegally in Goa and also targeted the minister over this, demanding that Prime Minister Narendra Modi sack her from his Cabinet.
“After seeing the documents placed on record and the excerpts of the press conference, I am of the prima facie view that slanderous and libelous allegations have been made against the plaintiff without verifying actual facts. Great injury has been caused to the reputation of the plaintiff and her family in view of the various tweets and re-tweets which have followed the press conference carried out by the defendants,” the judge had said.
The judge had further said, “I deem it expedient to pass an ad-interim injunction directing defendants 1-3 (Congress leaders) to delete and remove the allegations, video of impugned press conference dated July 23, 2022, and the contents linked to the same…, published against the plaintiff from all the social media platforms, namely, YouTube, Facebook, Instagram, and Twitter.”
The matter has now been listed for further hearing before the court and registrar on November 15 and August 18, respectively.