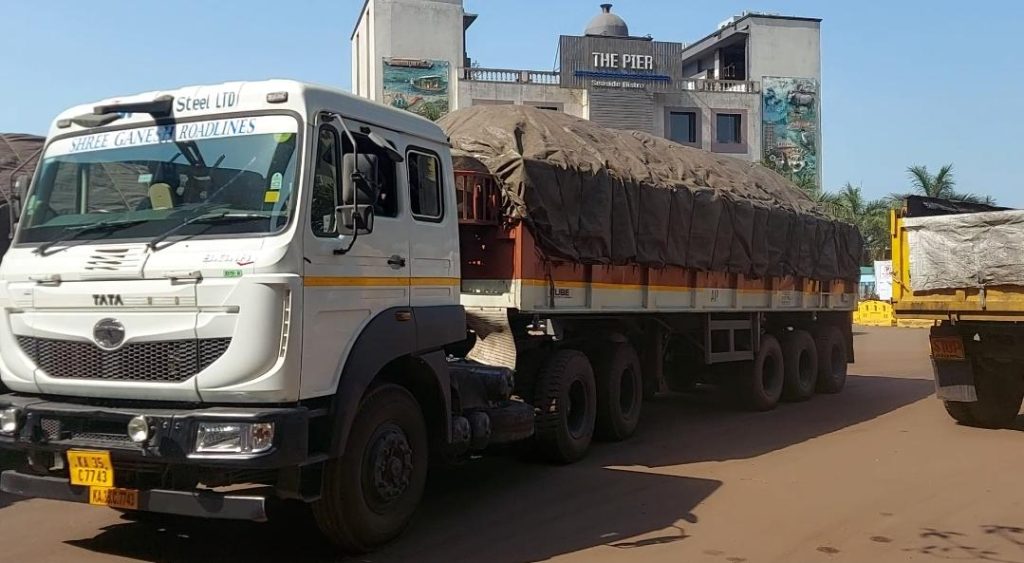 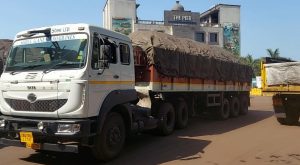 Goemkarponn desk
VASCO: Vasco MLA Krishna Salkar on Monday morning warned of strict action against overload transportation moving to and from the port that was causing coal pollution.
Salkar speaking to reporters after Inaugurating the works on tarring of roads, said that he will also take the issue of overloaded coal transportation in assembly as well.
“We are 200 per cent sure that we will take action on overweight and overloaded trucks that still move either from the city or through the Highway via Gandhinagar, where there are a lot of residents as well. We will not tolerate any illegalities because these trucks should not be overloaded as it causes spillage and creates issues for everyone,” he said.
Salkar said he will not allow such blatant illegalities, and will also ensure proper enquiry as to who is the person who is giving these transporters the force to carry out illegalities despite a circular by the Goa State pollution control board and Mormugao Port Authority (MPA ) to refrain from overloading.
“If required, we will initiate strict action on the persons involved in illegal modes of transportation,” said Salkar.
“We will also insist on a dome on the hazardous cargoes being handled in the port to prevent pollution spreading to nearby areas. This dome can cover cargoes like coal and bauxite besides other cargoes being handled in the port, and we have already made a proposal in this regard,” he said.
Salkar also said that they are also trying to see if we can use a container system to transport cargo where the question of overloading and pollution may not arise at all in the first place. “We are trying to ensure that there is no pollution and taking every step possible in this regards,” said Salkar.
He said they are meeting the CM, Dr Pramod Sawant, in the assembly session.
“I will again request him to have a joint meeting with authorities like PWD, NHAI and MPA to expedite the works on the pending arm of the port connectivity project that links the flyover to MPA gate no 9 so that the heavy vehicles move out and out from the port,” said Salkar.
Meanwhile, Vasco BJP Mandal President said that the Mormugao Municipal Council (MMC) had passed a past resolution to not allow heavy vehicles in the city.
“We have limited powers, and our stand is very clear that we don’t want coal, and in case of overloaded trucks, there has to be a very strict action initiated. The MMC is no authority to take action in this regard because the port and the related activities get permission from central and state authorities,” he said.
However, in case they are doing anything illegal, MMC, which is a local body, can inform the Collector, but we can’t block the transportation. We can only minimise transportation and prevent illegalities like overloading with the help of traffic police, and we are capable enough to take such strict action. The MMC will start to take action from its side as well on the overloaded transportation,” said Naik.
MMC Chairperson Leo Rodrigues will take the issue with the council meeting, while Vasco BJP Mandal President Deepak Naik says he has always been against coal and that MMC will stop overloaded trucks but can’t stop legal transportation activity.