Nidhin Valsan did not win the triathlon, but he stole the hearts of the audience for his exemplary display of strength and will power. 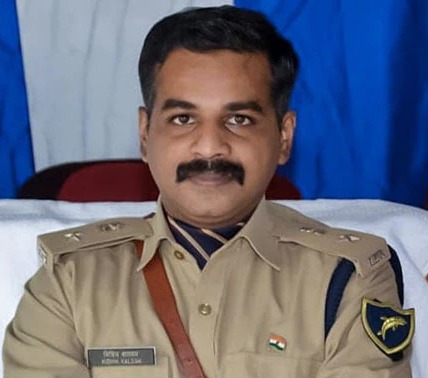 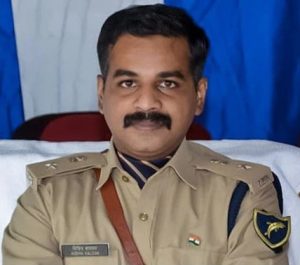 Goemkarponn desk
PANAJI: Setting an example of grit and determination, an Indian Police Service Officer (IPS) from Goa has fought cancer and beaten the odds against him to successfully complete the difficult Ironman triathlon race.
Nidhin Valsan, currently serving as the superintendent of police (crime branch) and handling the sensitive land grab cases in Goa, did not win the triathlon, but he stole the hearts of the audience for his exemplary display of strength and will power.
“I thought if I am able to do this, I will be able to show the world what one can achieve and hopefully show to everyone that cancer is not an impossible disease to fight,” Valsan told reporters after finishing the Ironman 70.3 race in Panaji on Sunday while competing with more than 1,400 other participants.
The IPS officer completed the race in 8 hours, 3 minutes and 53 seconds, within the stipulated time, the organisers said.
Mr Valsan said he had earlier been diagnosed with non-Hodgkin’s lymphoma, a cancer that generally develops in the lympathic system.
The police officer said he did not give up and fought against the disease and was declared “all-clear” in February this year.
There were a total of 1,450 participants in the triathlon, which included 1.9 km of open sea swimming, 90 km of cycling and 21 km of run.
Post a commentNihal Baig, an alumnus of the Indian Institute of Technology Bombay, won the race, while defending champion Bisworjit Saikhom of the Indian Army stood second, as per the results declared by the organisers. (Source: NDTV)