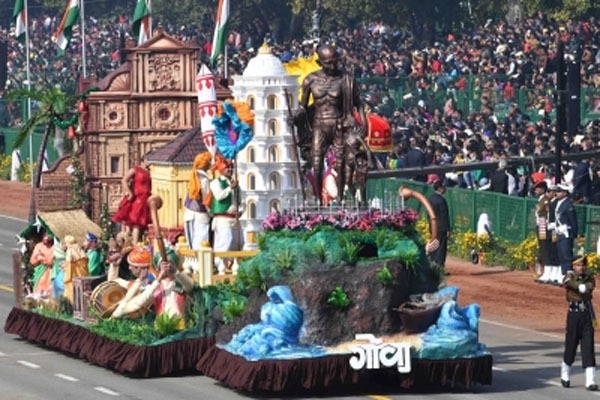 MARGAO: A circular issued by the South Goa district collector asking for a contribution of Rs 1,000 each from the staff for an event to be held on January 26 has been criticised by the opposition Goa Forward Party and the Aam Aadmi Party.
While Collector Jyoti Kumari has said it is not a Republic Day programme, GFP chief Vijai Sardesai hit out at Chief Minister Pramod Sawant and his cabinet, claiming they have drained the treasury and now government functions have to be funded by “contributions”.
The circular dated January 19 said, “an event is being organised by the Collectorate of South Goa on January 26, 2023, at Matanhy Saldanha Administrative Complex ground followed by Republic Day Function.” “All the permanent staff and officers who are willing shall contribute Rs 1,000 each for making this event a grand success,” it said.
The collector also mentioned the names of two officials who were directed to collect the amount from all the willing staff and officers, including subordinate offices, by January 20.
Reacting to the circular, GFP chief Sardesai in a tweet, said, “CONTRIBUTION OR EXTORTION? Has @GovtofGoa gone totally bankrupt to pickpocket govt staff to organise a #RepublicDay function? The mega events are done to prop up @DrPramodPSawant, and his cabinet have drained the treasury, and now govt functions have to be funded by ‘contributions’!” AAP Goa president Amit Palekar tweeted, “You have all the money in the world to waste on events organised with exorbitant expenses and corrupt practices @goacm, but for celebrating Republic Day, you want to collect funds from public servants? Shame on you.” However, the collector said the funds were being collected as a part of an event to help childcare institutions and old-age homes.
“To clarify, this program is not Republic Day 2023. On Liberation day of 2019, Collectorate voluntarily contributed to organising a program for Child care institutions & old age homes in 2020,21 & 22, due to Covid, same was not conducted & is being organised this year,” the South Goa collector’s Twitter handle said.