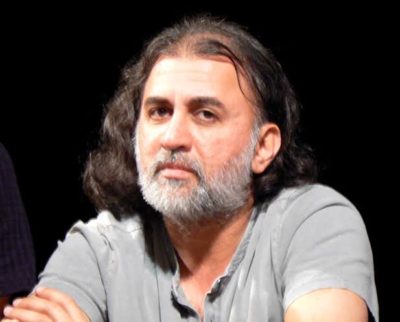 PANAJI: The Goa government in its appeal before the Bombay High Court against journalist Tarun Tejpal’s acquittal in a rape case said it was a fit case for retrial.

On May 27, the High Court had allowed the Goa government, represented by Solicitor General of India Tushar Mehta, to amend its appeal after the 527-page judgment of the Sessions Court was made available.

The State Government had moved High Court challenging the trial court order dated May 21, to acquit Tejpal in the sexual assault case filed by his junior colleague. The incident reportedly took place in November 2013.

In its amended grounds for appeal that run into 66 pages, the Goa government has cited 84 reasons explaining how the trial court verdict is “unsustainable in law”.

The State stated that the judgment delivered by Additional Sessions Judge Kshama Joshi “has been influenced by extraneous inadmissible materials and testimonies, graphic details of the past sexual history of the victim, prohibited by law and has used the same for purposes of censuring her character and discrediting her evidence”.

The State also pointed out that the “demeaning and humiliating manner” in which the trial court’s judgment placed reliance on the minutiae of the happenings inside the lift “displays an attitudinal and perceptional bias” against the woman and it “tended to demoralise” her,”.

The government has also stated that the trial court was “pedantic, illogical and harsh” in considering the statement of the woman.

The State said that the trial court had disbelieved the woman “on the basis of a conception of how a victim is expected to behave while being sexually assaulted”.

“The entire judgment focusses on indicting the complainant witness rather than trying to ascertain the culpable role of the Respondent Accused (Tejpal),” Government said.

It also claimed that the trial court completely ignored the most telling piece of evidence in the case (the apology e-mail) “which established the guilt of the accused beyond a shadow of doubt”.

The High Court is expected to hear the case on Wednesday, June 2, when the regular bench is set to commence hearing.