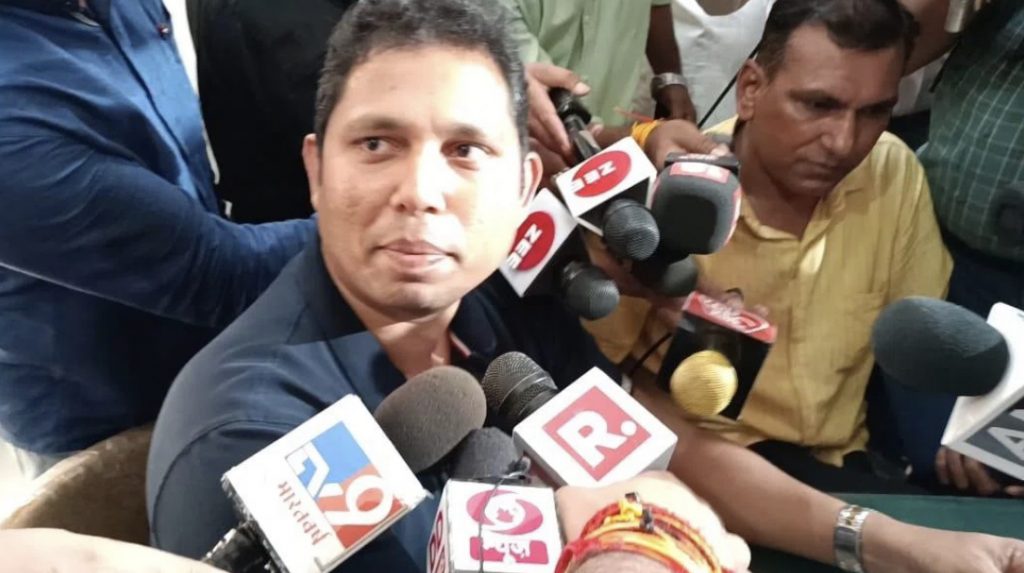 HISAR: A team of the Goa Police today reached the farmhouse of BJP leader Sonali Phogat at Dhandur village adjoining Hisar to probe her death.

Phogat was killed by her personal assistant (PA), Sudhir Sangwan, and his accomplice Sukhwinder during their stay in Goa on August 23.

A two-member team of the Goa Police was accompanied by the Hisar police.

They recorded the statements of Sonali’s family, including her daughter Yashodhara. Sources said that the Goa Police had also searched a room in the farmhouse, but it was not known whether the police found something incriminating. A member of the police team refused to give any details.

Meanwhile, some members of the Dhaka khap protested outside her house, demanding CBI inquiry into her death.

Dinesh Dhaka, a khap leader, said the CBI could get to the bottom of the case as the two men, who had killed her, seemed to be just pawns.

Aman Punia, Phogat’s brother-in-law, said they were not satisfied with the investigation by the Goa Police and wanted the case handed over to the CBI.

“We have met CM Manohar Lal Khattar and demanded him to hand over the case to the CBI,” he said.

Goa CM Pramod Sawant on Tuesday said his government had submitted a “confidential report” on the investigation into the case to Khattar and the Haryana DGP.

Meanwhile, an official of the Hisar police said they had investigated the theft of a laptop and DVR of the CCTV from the farmhouse.

“We had called Shivam and cross examined him. He had taken the laptop Sudhir gave him. The DVR was found in the house. We have taken possession of the laptop,” the police official said.