Goa should be known not only for tourism, but also for traditional cuisine: Shripad 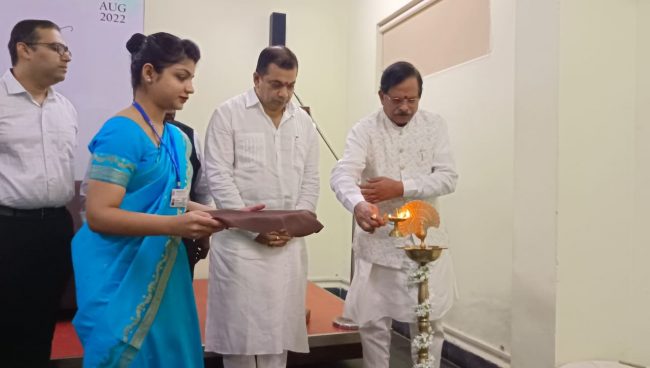 PANAJI: Union Tourism Minister Shripad Naik said that Goa should be known not only for tourism, but also for traditional cuisine.

“Goa should be known not only for tourism, but also for traditional cuisine, good health depends on nutrition, so we need to pay attention to maintaining a healthy and organic diet,” said Naik

“Currently, the government is making efforts to reduce pollution in every sector. So, as responsible citizens, one should fulfill one’s responsibility and give organic food an important place in the one’s diet.”

Goa state Tourism Minister Rohan Khaunte said that the state is not only the land of sea, sun and sand, but that the tourism department is now paying attention to the traditional culture and cuisine of Goa as well.

Venkatesan, Regional Director, India Tourism (Western Region) briefed about the various activities being carried out on the occasion of ‘Amrit Mahotsav’ of Independence. He said that there is a need for everyone to work together to make Goa, which is a beautiful region in the Western Ghats, to emerge as the ‘Cuisine Capital’.

250 students from Gandhinagar, Bhopal, Mumbai and Bengluru are in Goa for the food festival. The day-long organic food festival has an array of activities including stalls of local food, lectures on experts.