Goa to stop import of vegetables from other states 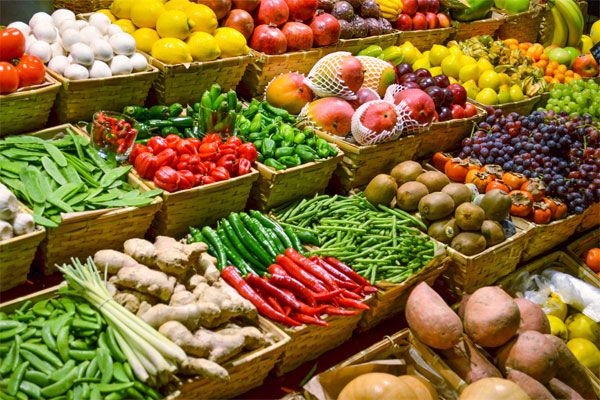 Goemkarponn desk
PANAJI: Goa Chief Minister Pramod Sawant said that vegetables imported from other states under government schemes would be stopped, and only local produce would be purchased once production is increased.
In his remarks during the launch of the ‘Natural Farming’ programme, he said: “We are dependent on vegetables procured from Belgavi (Karnataka). We now ‘like’ the taste of outside procurement more than our traditionally grown here. This is a fact.”
Under the Goa State Horticultural Corporation Ltd (GSHCL), around 1,300 vendors in the state sell vegetables. GSHCL purchases vegetables from other states and supplies them to these vendors.
If we increase local vegetable production, then the Horticulture Corporation will give a good rate (to farmers). In a few days, Horticulture Corporation will stop importing vegetables from other states and will purchase only locally produced vegetables,” Sawant said.
“Natural farming is not new to us. We have been doing it for years. Be it cashew plantations, jackfruit, or cultivation of pineapples,” he said.
Sawant said that Goa is dependent on other states for milk, fruits, vegetables, chicken, and mutton. “Whatever we need should be produced in Goa. At least half of the required quantity should be produced in Goa,” he urged farmers.
“Around 4.5 lakh litre milk is required every day in Goa. But we make have one lakh litre production. This means we bring 3.5 lakh litre milk from outside,” he said.
He said that if natural farming produce is certified, then Goa being a tourist state, farmers can get good rates.
Sawant, addressing Self Help Groups in May, had raised doubts over the “quality” of vegetables supplied by other states to Goa.
“Annually, a Rs 20 crore subsidy is being paid to farmers. To whom do we give it (subsidy)? Farmers from other states and what type of vegetables they supply us? If I tell this (about quality), then reporters will publish it. (Hence) I will not tell,” he had said.
“If you grow vegetables, then this subsidy can be yours,” he had said.