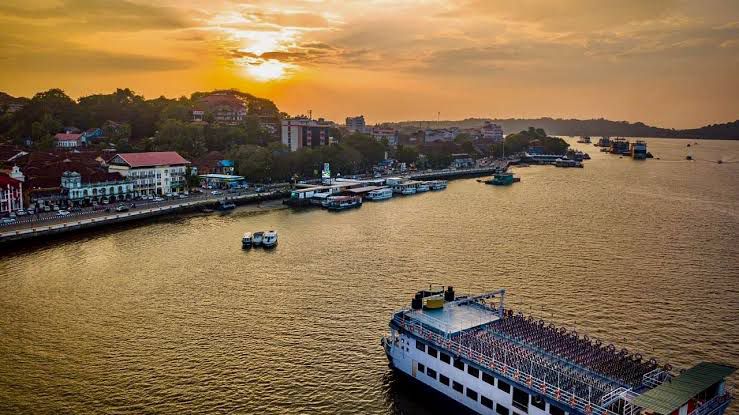 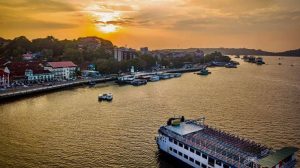 The Policy mandates creation of basic and necessary infrastructure such as toilets, waiting areas, facilities for tourism related activities with defined points of boarding and deboarding, frisking, national security, accidents, garbage management etc. for seamless experience to the tourists. The Policy standardizes the minimum tourist infrastructure facilities required across the five Jetties catering to tourists, for their safety and better experience. The Policy does not extend to vessels catering casinos, barges, coal handling vessels etc. The Policy also stresses upon safety and surveillance aspects to ensure minimum basic standard services. The Policy is an attempt to ensure fair competition among players, transparency in ticket pricing and adherence to taxation by all operators at all the said Jetties and implementation of a single window system for all said Jetty users. The Policy recommends on streamlining the evening boat cruises and other theme tours to ensure good quality at a reasonable price for the purposes of creating good experience to the tourists.

Jetty Management Committee was formed vide Government order no. 3/1102/IDIHHT (2)/2014-DT/P.F./2460 dated 16.12.2016, wherein Captain of Ports was nominated as one of the members of the Committee.
â€¢      During the 4th JMC meeting dated 03.05.2019, upon receipt of grievances from tourists and multiple complaints from several vessel operators plying in Mandovi river, it was deliberated by the Committee that several vessels, operating from Captain of Ports Jetty, are offering tourism services like boat cruises. The Committee noted that:
1)    As per Santa Monica Jetty usage guidelines dated 16.12.2016, Santa Monica Jetty is intended to act as a single point for any cruise boat operations for tourism purposes in the entire Mandovi stretch. However, the same is not followed.
2)    There are several touts in the entire Dayanand Bandodkar Marg stretch especially near Captain of Ports Jetty, often misleading and fleecing tourists leading to total chaos in the manner tourism activities were offered, and ultimately leaving the tourists with a bad experience. Moreover, there is a dominant culture of cash sales for tourism activities, especially due to encouraging touts at Captain of Ports jetty, which is leading to heavy losses to the state exchequer.
In view of the above discussion, the Committee unanimously decided to put in place:
1)    A unified Jetty Policy for the purposes of introduction and operations of cruise vessels for tourism purposes.
2)    A “Single Window System” of issuing tickets at COP Jetty, and the tickets shall be inclusive of GST and other taxes as applicable. Further it was also decided to have the same prices and rates of commission as being charged at GTDC Jetty.
â€¢      During the 5th JMC meeting dated 05.12.2019, which was also attended by a representative of Captain of Ports, upon review of the operating mechanism of passenger cruise vessels for tourism purposes, the Committee decided to draft a new Jetty Policy to facilitate smooth and efficient operations of cruise vessels for tourism purposes. Further, the Committee also decided to enforce a single window computerized ticketing system for all the vessels operating across the entire Mandovi stretch to curb the tax evasion by the operators.
â€¢      The draft Jetty Policy was first discussed during the 7th JMC meeting held on 13.05.2020 and was circulated to the Captain of Ports for their inputs and suggestions. Subsequently, the Tourism Department had followed up with the Captain of Ports on multiple occasions as well as during the subsequent JMC meetings too. Post that at several instances, personnel appointed by DoT had discussed the policy clause by clause with the officials of COP and had re-drafted the policy based on the partial suggestions received from the officials of COP during such interactions. Over a period of five months, continuous interactions had been tried with COP to gather as many inputs as possible.  Thus, the claim that the Captain of Ports Department was not consulted during policy formulation is false and misleading.
â€¢      During the 8th JMC meeting held on 06.10.2020, the draft policy with the modifications had been presented again to the Committee in the presence of the representative of COP and further inputs were to be incorporated suitably.
â€¢      Post that meeting, for over the next four months, the several attempts had been tried to receive inputs from COP, however, no inputs/suggestions had been received till then. Following which, the letter No. GTDC/Cruises/2020-2021/3558 dated 27.01.2021 sent from the DOT, clearly evidences that the draft had been presented and the inputs/suggestion for finalization of the policy had been awaited from the COP. In response to the said letter, the COP vide letter No. A-27131/2021/323, had insisted to convene a meeting to finalise the draft Jetty Management Policy on 05.02.2021, pursuant to which, the meeting was conducted on the said date and the inputs had been collected and the draft Jetty Policy had been modified accordingly. The same had been discussed during the 9th JMC meeting held on 18.02.2021, which is evident from the Minutes of the said Meeting circulated to all the committee members.
â€¢      Further, during the 10th JMC Meeting on 01.10.2021 where COP was a part of, the committee that deliberated and approved the updated Jetty Policy and it was decided to send the policy for cabinet approval.

With evidence of such meticulous discussions and clear sequence of events, the remarks and allegations made by the Captain of Ports are baseless and false.

COP, being one of the members of Jetty Management Committee, has been a party in all the meetings of the JMC in the past including the discussions related to introduction and drafting of this policy. Upon consultation with COP the policy included the roles and responsibilities of COP that does not infringe the statutory powers and administrative requirements of the CoP vide the Indian Ports Act and the Inland Vessels Act and rules.
The clause 6 â€“ Roles and Responsibility of COP, 5.4.1 – Statutory charges to COP and 5.4.2 Mooring License Fee of the said Draft Jetty Policy clearly mentions that COP will remain the statutory authority for all vessels including the power of imposing fines, prescribing safety standards, awarding Mooring license and collection of the license fee accordingly. Moreover, all required approvals for development of a new Jetty shall still be required to be taken from COP and other applicable development authorities.

Since its creation, the Jetty Management Committee (JMC) has been responsible for supervising activities including resolving any conflicts among the Jetty operators related to the Santa Monica Jetty, Panaji. The committee has ensured a collaborative approach by committee members being present for every meeting, reviewing, and instructing changes to the DOT. The COP has been insisting on fair play of business. But at present the fair play of business is actually lacking in the majority of the Jetties that handle vessels for tourism purposes. Most of the tourism vessels operating from the Captain of Ports Jetties are doing cash sales where there is no ticketing or regulation of prices and no tax is being paid. However, Santa Monica is providing ticketed entry and paying GST. Single Window ticketing system that is being imposed through the policy on all the tourism Jetties shall introduce fair pricing and reduce any fraud activities with the tourists. The single window ticketing has already been adopted in the Santa Monica Jetty. The Jetty Policy is designed to create equitable business and will immensely benefit the State in the following manner:
a)       Regularization of Jetty and Vessel operations for tourism purposes in the State;
b)      Reducing the leakages in revenue from this segment to the state exchequer;
c)       Creating fair business opportunities for all vessel operators related to tourism.

Hence, the policy clearly doesnâ€™️t restrict the fundamental rights of free and fair principles of business and enterprise.

The policy was translated in Konkani and has been circulated in written and video format for better understanding of the stakeholders and to clarify the misleading statements being circulated in the media. Also, all the misleading statements such as coal transportation, capturing fishing zones etc. were also clarified by the Hon’ble Tourism Minister on 6th October 2022.

The Policy excludes fishing or coal handling etc. that do not cater to tourism and leisure segments. The Policy does not envisage construction of any new Jetties nor it extends any permission for construction of the same. Captain of Ports will remain the licensing authority for construction of any new jetties in the state in future too. The Jetty policy does not issue any permission for construction of any jetty on rivers and Khazans of Goa. It only acts as an advisory body for evaluating the carrying capacity of a river, either by itself or through competent entities. Carrying capacity will consider various aspects such as environment, technical, safety and economical aspects of introduction of any new vessel in a river for tourism purposes. COP will still remain as the licensing authority for approving any new vessel on any rivers in Goa. The Policy only regulates the tourism related activities that happen at these jetties.

Much of the overcrowding  problems which are seen in the Mandovi river have happened due to unregulated permissions given by Captain of Ports which have permitted many operators to construct cruise vessels without checking if there are proper arrangements for berthing of vessels, disregarding the carrying capacity of Mandovi River thereby leading to unhealthy competition among operators, providing unpleasant experience to the tourists and causing over reliance on touts and unscrupulous operators which is bringing a bad name to the States Tourism Industry.

Unregulated permissions to watersports operators exceeding the carrying capacity causes overcrowding and issues with management.  The Tourism Department is committed at ensuring proper regulation of all water sports activities including cruise tourism operations and will take all measures to strictly implement the measures which are in the best interest of the Stateâ€™️s Tourism IndustryR