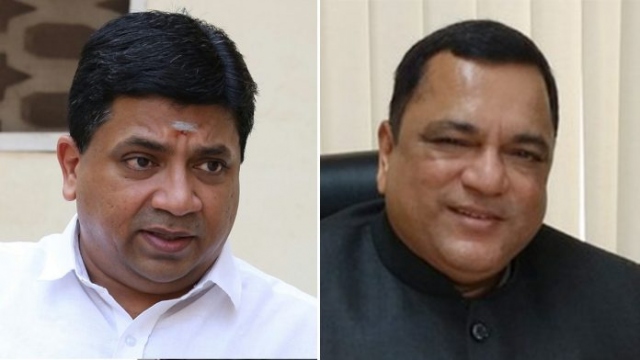 PANAJI: After Tamil Nadu Finance Minister Palanivel Thiaga Rajan referred Goa Transport Minister as an empty vessel, Mauvin Godinho hit back at the latter stating that he is not able to digest power which has come to him after 10 long years.
Both represent their respective states in the council and were involved in a tiff at the council meet, which took place through video conferencing, over the issue of equal representation and voting rights to all states, irrespective of their population.
“Perhaps Tamil Nadu Finance Minister Palanivel Thiaga Rajan is not able to digest that he has come back to power after 10 long years. I do not have any more words for such a learned person,” said Godinho
He further said that he was witness to a highly objectionable behaviour of the representative of DMK-INC alliance Government of Tamil Nadu in GST Council Meet where, attempt was made to snub Goa’s view because of being a Small State.
Tamil Nadu favours the idea of bigger states having a larger say in the council, a proposition opposed by smaller states like Goa. The tiff apparently broke out when the TN minister tried to intervene during a lengthy speech by the Goa minister at the council meet.
The latter claims the intervention was made when he was trying to push for preferential treatment to smaller states when it comes to payment of GST compensation shortfall.
Making it public, Godinho accused the Tamil Nadu minister of trying to act like a big brother and virtually asking him to “shut up”.
Meanwhile, Tamil Nadu Finance Minister P.T.R. Palanivel Thiagarajan had mocked Transport Minister Mauvin Godinho by saying ‘Empty vessels make the most noise’. Thiagarajan said that there was no need for him to apologise to Goans as demanded by Goa Transport Minister Mauvin Godinho stating he had only backed that State’s rights at recent 43rd GST Council meeting.