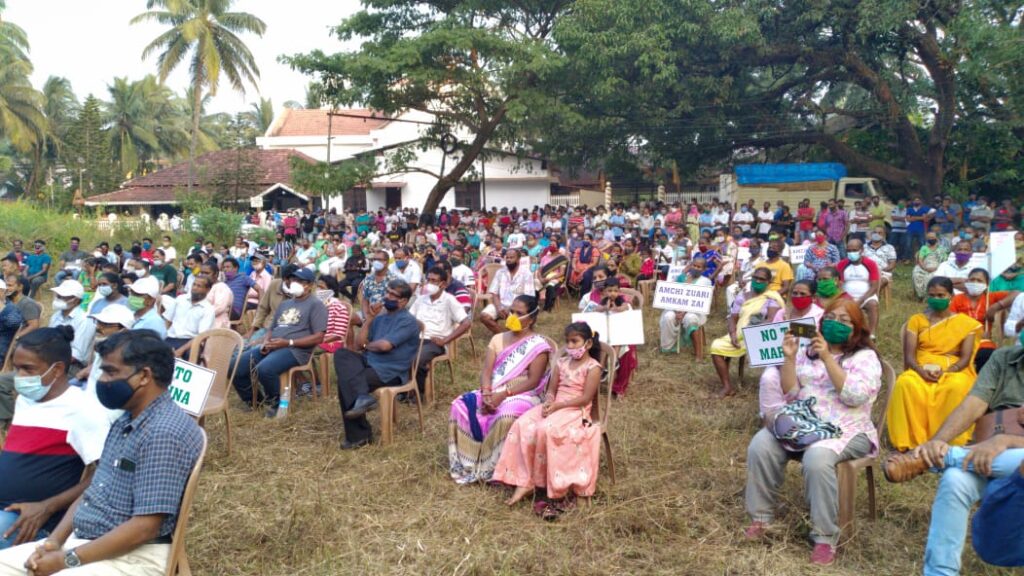 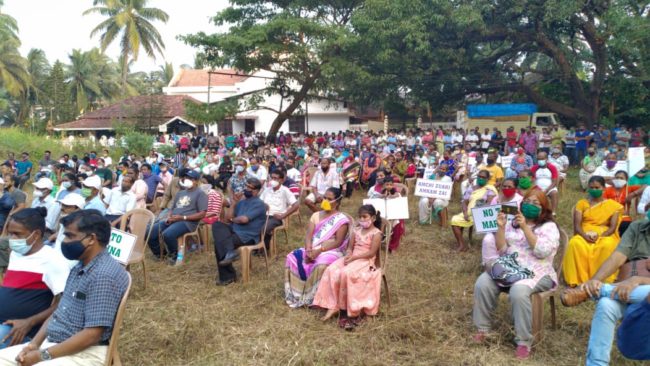 Panaji: Large crowd gathered at Siridao village today under the banner Goenkar Against Marina, to raise their strong objection to the proposed Marina project at Mauxi village.

Speaking at the meeting, activists Rama Kankonkar said that it is time that we all unite together to oppose Marina project and all other projects aimed towards destruction of environment and Goa.

“Today, 200 people from one single village are present here. If 200 people from 191 panchayat and 14 municipalities comes on road and block highway, government will have no choice but to bow down” he said.

Historian Prajal Sakhardande said that people need to join hands to oppose every project which are against State and it’s people interest.

He said people will oppose every project right from double-tracking, diversion of Mhadei river, Marina and Mollem projects.