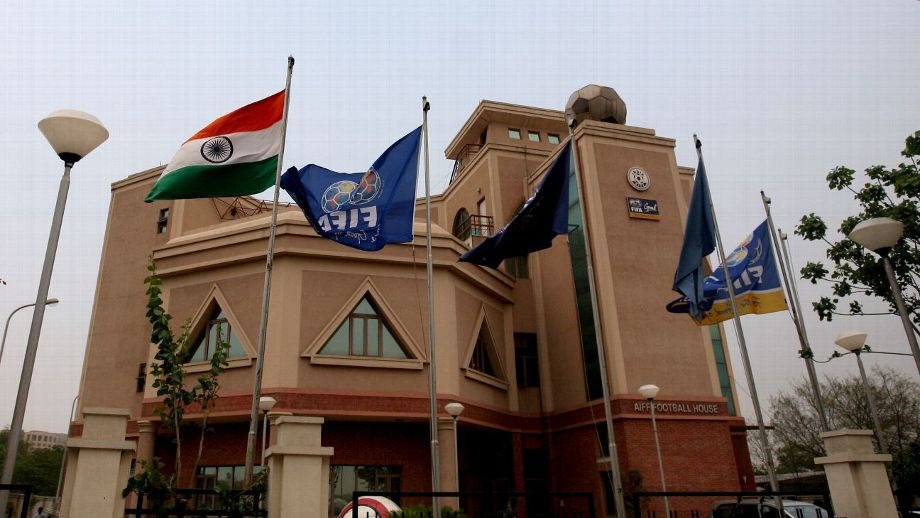 Goemkarponn desk
NEW DELHI: In a move that could see the FIFA ban on the All India Football Federation revoked, the central government on Sunday moved an application in the Supreme Court that it has accepted the key demands made by FIFA, including ending the tenure of the SC-appointed Committee of Administrators (CoA) and not allowing individual members in the electoral college.
The court is anyway due to hear the issue on Monday; the last hearing was on August 17, when the government said it would find a solution by the next hearing. It has repeatedly stressed, including in this application, its determination to stage the women’s Under-17 World Cup this October – for which the ban has to be lifted at the earliest.
FIFA had imposed the ban on AIFF on August 15 due to “third party interference” and said that the World Cup “cannot currently be held in India as planned”.

Why did FIFA ban India? What does it imply and how can it be lifted?
In the application, the government said: “…this Hon’ble Court may be pleased to … direct that day-to-day management of AIFF shall be looked after by the AIFF administration led by the acting Secretary-General to the exclusion of the earlier elected body and the CoA will have no role in the administration of AIFF from 22.08.2022.
“… to require the CoA to submit the final draft constitution to this Hon’ble Court by the end of 23.08.2022, and that the mandate of the COA be declared to be over in full from 23.08.2022.”
The application also addressed FIFA’s condition that an “independent electoral committee [has] to be elected by the AIFF general assembly to run the elections of a new executive committee”. FIFA had also said that the AIFF must hold its elections – due on August 28 – based on the pre-existing membership of the AIFF” (i.e. state associations only without individual members).
The current electoral process includes 36 eminent players in the electoral college. The government’s application today sought to remove those individuals from the electoral college, which will comprise only state associations.
“Because of the suggested changes in the electoral college, the process of election may be required to be started ‘de novo’ since the change in the voters’ list may affect the validity of some of the nomination forms which may have been proposed/seconded by the player members who are now prayed for being excluded from the voters’ list,” the government plea read.
Seven candidates, including Bhaichung Bhutia, have filed nomination papers for the president’s post, though the returning officer rejected two after the proposer and seconder said they had not signed any nomination paper of any candidate. Bhutia’s nomination will be invalid if the court accepts this point, as he has been proposed and seconded by an eminent player each.
The government also proposed that the Executive Committee of the AIFF may consist of 23 members, including six eminent players.
“The 17 members (inclusive of the president, a treasurer, and one vice president) will be elected by the above electoral college. Out of the six eminent payers, four will be men and two will be women. The eminent players may be nominated (co-opted) in the EC and shall have the voting rights in Executive Committee, thus making their representation to be around 25 per cent of the EC.”
“This Hon’ble Court has the power to do complete justice, and this would be one of those rarest of rare cases where this Hon’ble Court may if required, bend any procedural rules to do complete justice.”