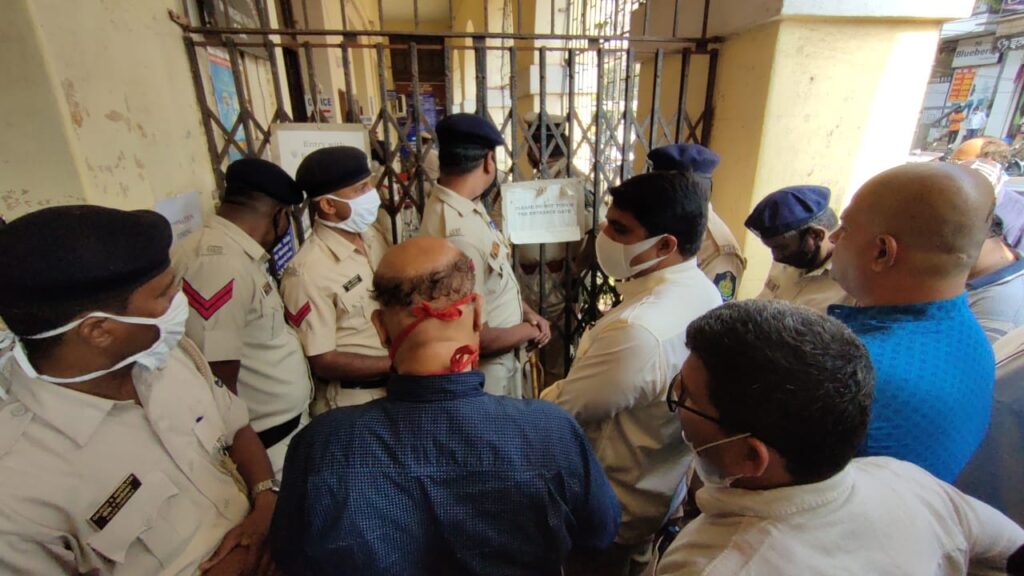 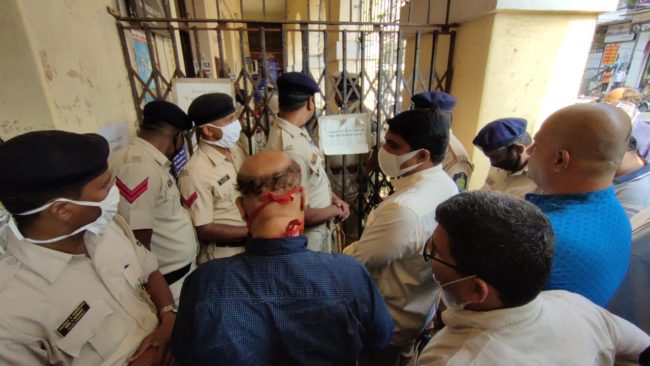 Goemkarponn desk
Vasco: The Opposition parties alongwith one ruling MLA stormed into the Mormugao Dy Collector’s office while the hearings for the land acquisition were being held in Vasco.

The Dy Collector, however, kept the Opposition MLAs – Leader of Opposition Digambar Kamat, Goa Forward president and Fatorda MLA Vijai Sardesai, Curtorim MLA Alexiao Reginald Lourenco and the only ruling MLA Alina Saldanha out for almost an hour before allowing them.

The Dy Collector said he cannot meet the MLAs as the hearings were on.

Emerging out after meeting the officer, Fatorda MLA Sardesai said that the land acquisition is illegal and has to be scrapped.

“We have given a letter to the South Collector, which proves the acquisition is illegal. This acquisition is done for Adani and coal transportation,” he said.

Sardesai stated that this government has taken a “supari” from Adani to make Goa coal hub.

Kamat said that the government cannot go against the wishes of the people.

“When I was the chief minister, I went against my government decision at Centre and scrapped the SEZ. We are in a democracy and we have to listen to what people want,”he said.

Cortalim MLA Alina Saldanha also said she is with the people in this time of struggle.

“I am here to oppose the land acquisition and if I was not present people would say I am supporting the acquisition,” she said.

She said that at no cost the coal transportation can be allowed in Goa.