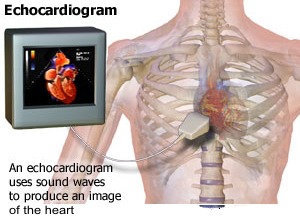 PANAJI: To combat heart attacks and improve quality of life by lowering premature mortality rates, Health Minister Vishwajit Rane said that government, DHS and Medical Centers have launched the 2D Echocardiogram initiative, a statewide program for quickly identifying cardiac abnormalities at scale and make diagnosis accessible to the general public, the first of its kind in India.

“The aim is to diagnose patients in medical establishments for cardiac abnormalities and provide a comprehensive diagnosis with appropriate treatment plans and care pathways through early prediction and detection of cardiac ailments, thus saving lives,” said Rane

He further said that Coronary heart diseases, especially ST-elevation Myocardial infarction are the leading cause of mortality globally and in India. According to the ICME’s state-level disease burden initiative study, ischaemic heart disease is not only the leading cause of death in both sexes in the state of Goa, but it also accounts for 17-20% of total years of life lost due to premature mortality.

“These deaths can be reduced by making early detection of cardiac abnormalities easier and more accessible to a larger community of people who are at a higher risk of having a heart attack,”he said

HM Rane said that using the advanced InstaEcho solution powered by Tricog Health, a Bangalore based HealthTech Company; the InstaEcho solution has been demonstrated to enable timely and accurate interpretation of 2D echocardiogram. Patients are diagnosed with 2D Echo using a cloud-connected point of care Echocardiogram machine.

“The Echo data is uploaded to the cloud, where cardiac experts use advanced artificial intelligence algorithms to arrive at a timely diagnosis. In the next step, patients with cardiac abnormalities are provided with appropriate treatment plans along with care pathways through early prediction and detection of cardiac ailments,” he said