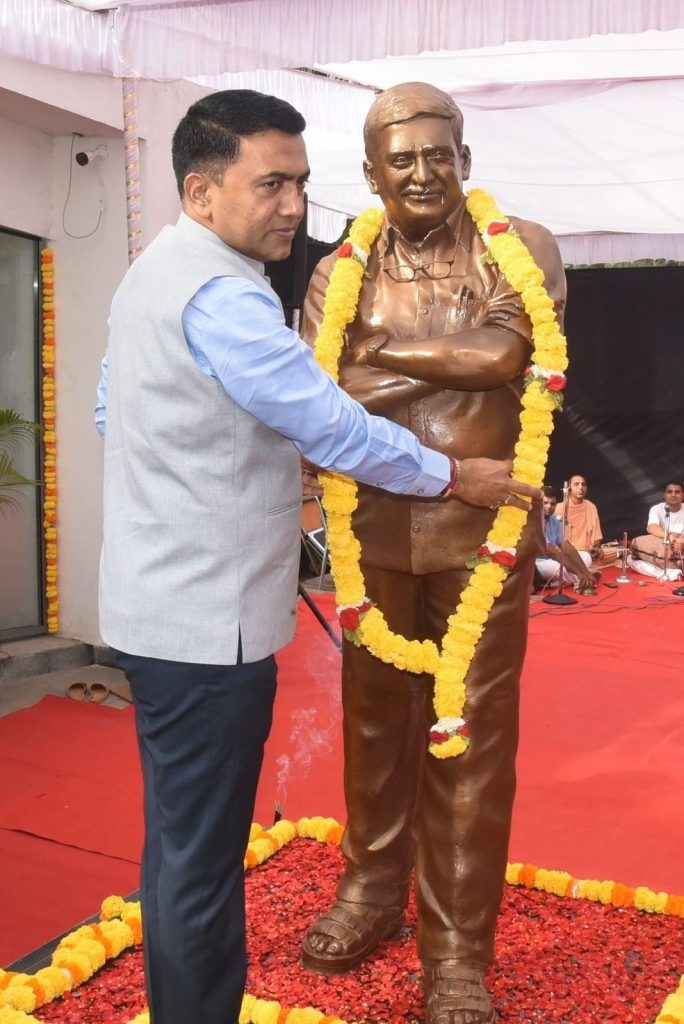 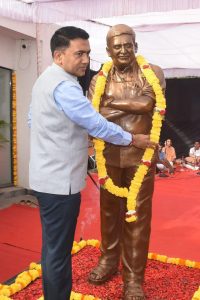 Goemkarponn desk
PANAJI: Chief Minister Pramod Sawant today announced the Young Scientist Award named after Former Chief Minister Manohar Parrikar.
CM Sawant addressed the gathering on the occasion of the 4th Manohar Parrikar Vigyan Mahotsav.
“National Level Award named after Former CM Manohar Parrikar. The award will be given to a young scientist under 35 yrs age and will be an annual affair from the next edition of the Vigyan Mahotsav,’ said Sawant.
He further said that he was happy to see that this event was on the verge of becoming the flagship event of the Department of Science and Technology.
“I want our Goan students to become prominent scientists and contribute to its progress worldwide; my government is emphasising quality education using advanced scientific tools and technology,” he added.
Sawant also said that the state government will continue this support this function in the years to come.
Seventeen scientists of international repute are scheduled to interact with students in Goa on advancements in science and technology at the fourth edition of the Manohar Parrikar Vidnyan Mahotsav.
The programme is being organised by the department of science and technology and waste management at the National Institute of Oceanography, Dona Paula, and seven other venues, including Don Bosco College of Engineering. Fatorda.
Also at Rajiv Gandhi Kala Mandir, Ponda; Government College of arts, science and commerce at Quepem and Pernem; Government higher secondary school, Canacona; Ravindra Bhavan, Sanquelim and BITS Pilani, Zuarinagar.
India’s missile woman Dr Tessy Thomas, director general of Aeronautical Systems, DRDO, will deliver a lecture on Advances in Aerospace Technologies during the event, in which more than 6,000 students will participate across the venues.
Portugal-based Prof Christopher Brett from the University of Coimbra will speak on the fantastic world of chemical elements, while Goa origin Andrea Colaco, senior staff software engineering manager at Google, US, will deliver a virtual lecture on the recent advancement in science and technology.