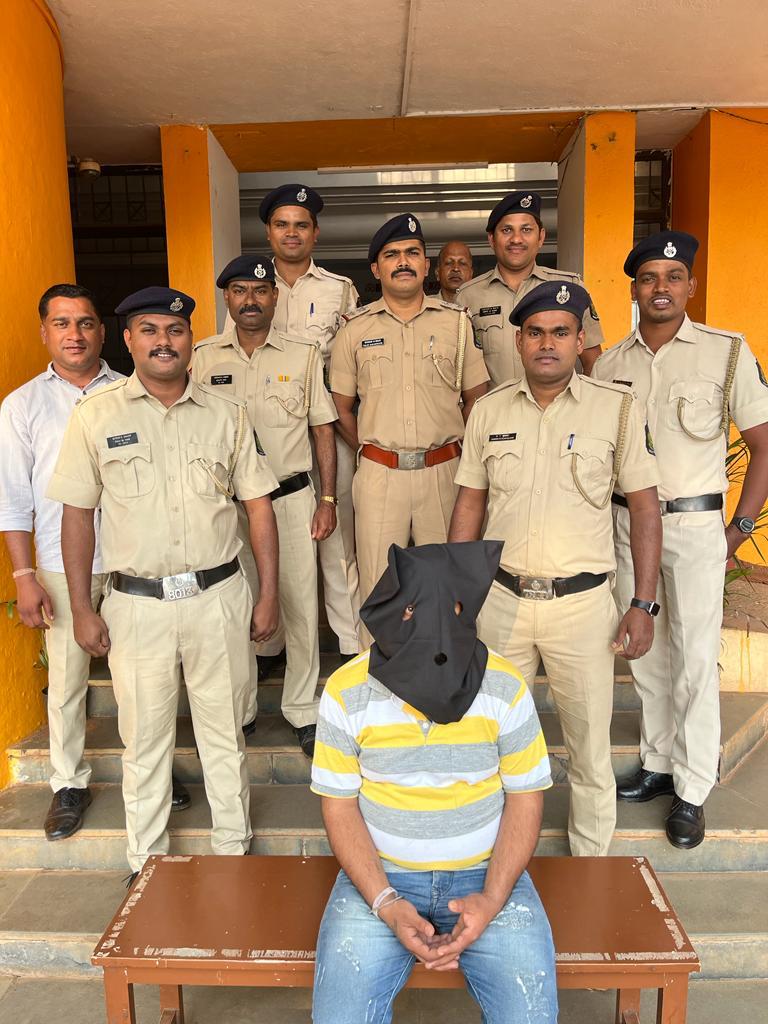 PORVORIM: Porvorim Police have arrested one accused person from Delhi in connection with a theft in Guru Gobind Singh Sabha Gurudwara located at Betim.
A complaint was lodged by the President of Gurudwara on 18/01/2023, informing that unknown persons had effected an entry into the Darbar hall of the Gurudwara and further break opened the donation box and committed theft of cash of Rs. 4,50,000/- approx.
An FIR under section 457, 380 IPC was registered, and an investigation was taken up.
Based on the complaint, police formed various teams and analysed CCTV cameras for almost 03 days. Based on further analysis and technical surveillance, two unknown accused persons were identified, and one of the accused persons was found to be from West Delhi. Porvorim Police team immediately proceeded to Delhi and shared the accused’s details with their Delhi Police counterparts.
After all the legal formalities, the accused was further nabbed and brought to Goa.
The accused has been identified as Jaspreet Singh, age 35 yrs, R/o Chand Nagar, West Delhi.
The second accused is also identified, and efforts are on to trace the second accused. The accused is being thoroughly interrogated for recovery of stolen money.
The entire investigation was carried out under the supervision of SDPO Vishwesh Karpe and PI Anant Gaonkar. The investigation team consisted of PSI Sitaram Malik, LPSI Pranita Mandrekar, Constables Nitesh Gaude, Varish Cuncolkar, Yogesh Shinde, Anand Kandurgi and Nitesh Parab.