* SP (Retd) Mahesh Gaonkar says his 'Handekars' family has a history since 1771. 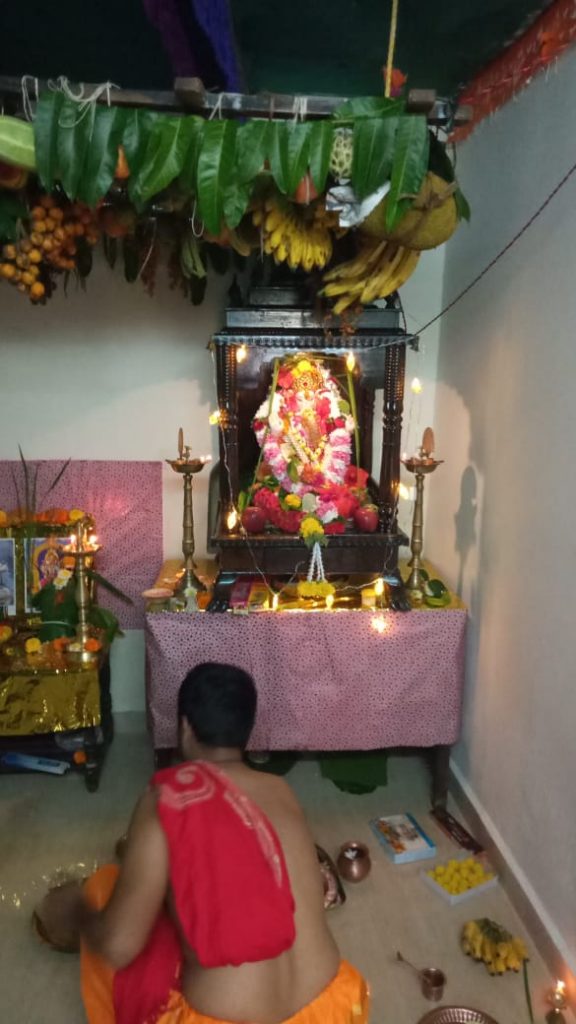 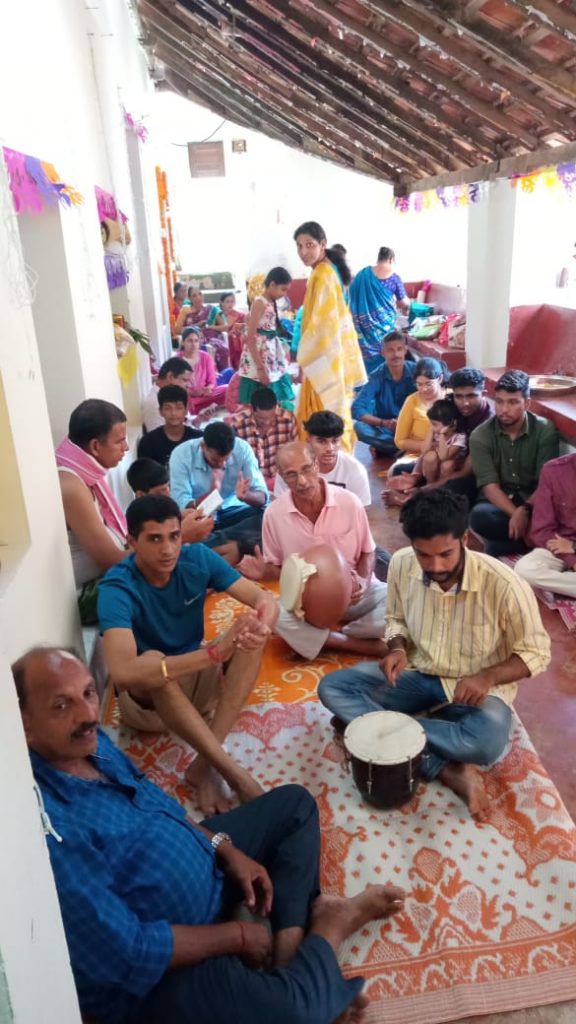 CANACONA – The 11th Generation of the Handekars family of Agonda is one of the most prominent families annually coming together to celebrate Ganesh Chaturthi in Canacona jointly.

A minimum of 100 members of the Handekars, also known as the Naikgaunkar family tree comprising 105 people spread across the globe, have taken part in the Aarthi recital at the biggest house of Agonda village on Wednesday and Thursday.

This year, the family is worshipping Ganapati for 1 & 1/2 days. While the menfolk were busy decorating and installation of the Ganesh idol on Wednesday, all women members of the family joined and began their cooking chorus early morning and served the food only after the conduct of Puja/Arti, attended by over 100 people.

“This is one and only occasion where our entire family comes together, and we are happy about it. Our family is spread and well-settled across the globe (Australia, UK, USA, etc.) and elsewhere in the state, also occupying high positions. We are the 11th Generation of Handekars family tree’, informed Mahesh Goankar, who recently retired as Superintendent of Police (SP).

‘As per Our family tradition, we also observe Neyim on the second day of Ganesh Chaturthi and bring ‘Konsam’ (Sheaf of Grain) and make its offerings in front of the Worshipped Ganesh Idol. We also place/Ties “Konsam” at the strategic places in the house and courtyard.’

Incidentally, Handekars, the Naikgaunkar Dessai family of Agonda, have a history dating back to 1771. Panglo, who is the first person known to the present generation, is believed to have migrated to Bokdamoll (a place at the Agonda village entrance) from his earlier settlement in Nagarcem (Canacona municipal area); the family later moved on and began to reside at Indrem (another place situated at one corner of the village), and thereafter after a certain number of years settled at Dessaiwada, where presently a large and biggest house with a big Courtyard in the village is presently situated. The Naikgaunkar family living with present 10th and 11th Generations has been settled at Dessaiwada for the last 200 years and has one of the big Tulos(Tulshi) 8 ft tall in height.

According to the family members, in the olden days, the family used to venerate the biggest Ganesh Idol in the whole village, but coming down the ages, gradually, due to social changes, more enthusiastic people/families began to bring bigger-sized Idols.

SP(Retd) Mahesh Naikgaunkar, explaining the Handekars tag to the family, informed that the family ancestors used to keep a few numbers of Handi’s(Utensils) made up of precious metals such as Gold and Jewels. The family soon began to be known as Handekars (one who has/keeps Handeo (Utensils))

Interestingly, the family is known as the only family to offer Ghode (Statues) at times made out of Gold for Ghodea zatra annually held at Bhurmar (in the village itself). Naikgaunkar house is the only house where all the 6 Tarangas of Shree Mallikarjun are brought and stay for 12 hours.

The family members have excelled in various positions, such as top police officers, Professors, Principals, Headmasters, and even Chairperson of the Municipality.