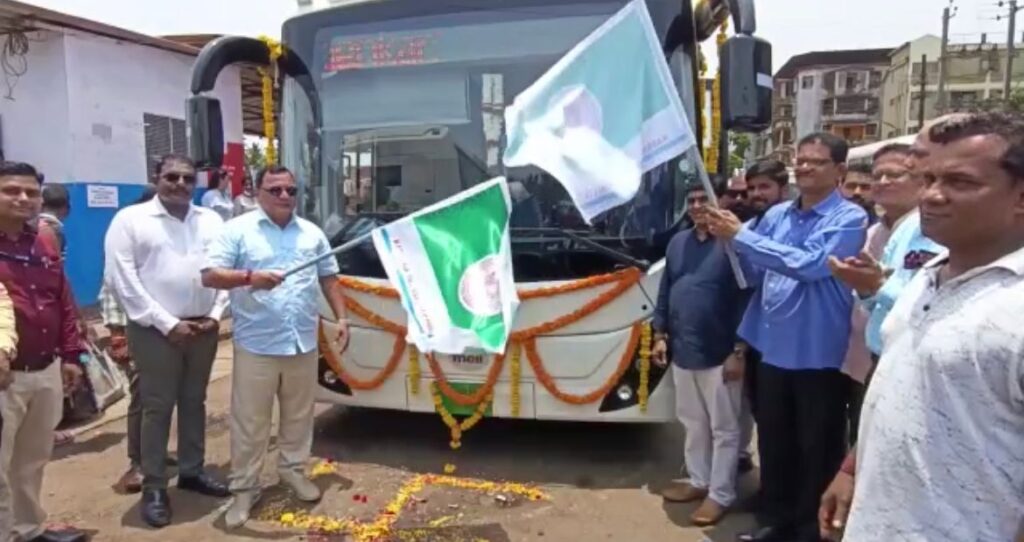 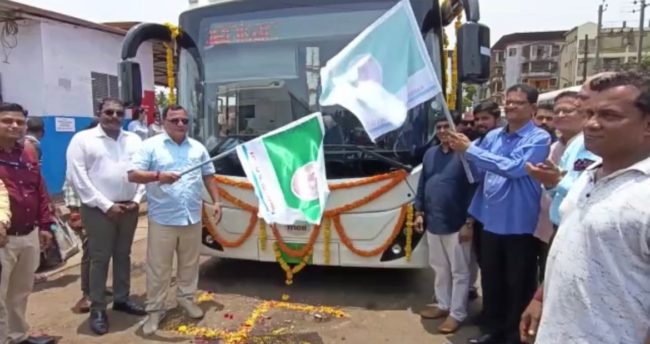 VASCO: Minister for Transport Mauvin Godinho, in the presence of KTCL chairman Ulhas Tuyekar flagged off Air Condition Electric Kadamba buses from Vasco to Panaji route.
Minister Godinho, after the flag-off function, told reporters that more than 500 electric Kadamba buses would be procured shortly. He also said that all Kadamba depots would have to charge stations to charge these electric Kadamba buses so that no bus should remain idle at the bus stand.
He further said that recently he had not been given any new permits to rent a car and bikes in Goa due to the lack of parking space and traffic congestion on the roads. Godinho pointed out that people face problems in the nearby Airport area wherein cab drivers park their vehicles haphazardly, which causes inconvenience to the people.
Vasco MLA Krishna’Daji’ Salkar said that the Vasco area has remained in the dark. Now having electric Kadamba buses in Vasco to Panaji and Margao route will surely going to benefit the people.
He also said that these buses are noise-free and pollution-free. This will benefit the environment and the people.
Ullhas Tuyekar, KTCL chairman, said that KTCL would continue to work for the welfare and benefit of the people. KTCL won’t think about profit or loss but about giving good service to the people of Goa. More such electric buses will be procured, which will benefit the overseas and domestic tourists even at the Dabolim airport, he added.