Have direct connect with people & prioritize development in constituencies: PM Modi to MLAs 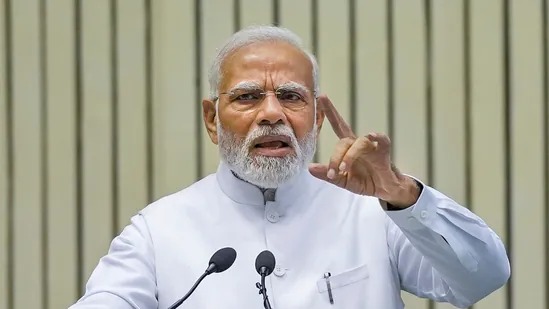 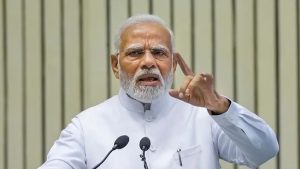 MOPA: Prime Minister Narendra Modi has asked Ministers and party MLAs to have direct connect with the people and to prioritize development in the constituencies.

Modi, who was in Goa on Sunday, held a two-hour long closed-door meeting with BJP ministers, MLA and the state party unit’s core committee members at Manohar International Airport, Mopa.

He has also asked party members to ensure that Central as well as State government’s schemes are properly implemented on the ground with maximum benefits to the needy.

“Modi shared his experiences with us of the time when he was Gujarat chief minister. He told us how he used to connect with people and how important it is to be connected with people,” a senior party functionary said.

“Modi also advised us on how we should give priority to development works in our constituencies and help people. He told us people are more powerful,” the functionary added.

Modi, who was expected to leave at 7.30pm, extended his stay by two hours to speak to BJP functionaries, ministers and MLAs. He later left for Ahmedabad to attend the swearing-in of the Bhupendra Patel government in Gujarat.

Sources informed that no political discussion took place during the meeting nor any discussion was held for the upcoming Lok Sabha polls.

Accusing the previous governments of adopting a “vote-bank approach” instead of creating public amenities, the Prime Minister said his government has introduced several measures to ensure ease of flying.

“We have brought reforms like relaxing visa rules, introduction of visa on arrival, new infrastructure to focus on connectivity, including last-mile links through launch of several new trains like Tejas, Vande Bharat and Vistadome coaches,” he said.

The Prime Minister also said that the second airport in Goa should have come earlier but the past governments did not look at the requirement of the people, when deciding on infrastructure projects.