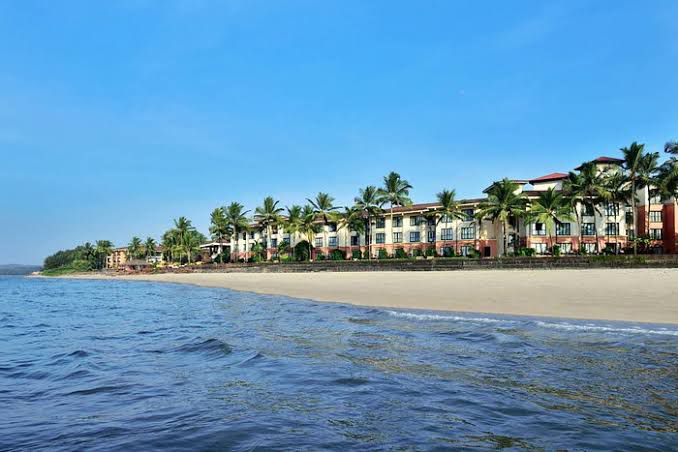 Goemkarponn desk
PANAJI: The Division Bench of the Hon’ble High Court consisting of Justice G. S. Kulkarni and Justice B. P. Deshpande to dismiss the Contempt Petition filed by Goa Foundation against Chief Secretary of Goa, Secretary (Environment), Member Secretary GCZMA and owners of Hotel Marriott, Miramar and levied exemplary cost of Rs. 50,000/- on Goa foundation on account of gross abuse of the process of the court.
The hotel had earlier demolished the offensive portions of the swimming pool and hut, as determined by the National Centre for Sustainable Coastal Management (NCSCM).
In so far as the retaining wall was concerned, the GCZMA, through the Water Resource Department (WRD) obtained an expert report from the Central Water and Power Research Station (CWPRS), Ministry of Jal Shakti, Government of India, Pune.
The report based on the scientific study and technical assessment carried out reported that the entire stretch, especially near hotel Marriott is prone to soil erosion due to the peak currents and tidal effects.
Shifting the left bank would increase the curvature of the river resulting in more erosion. It concluded that the area in front of the hotel Marriott as being prone to soil erosion, demolition of such retaining wall, the whole force would be borne by the bank, which would result in shifting of the channel towards the left river bank that may further worsen the situation of erosion as the angle of oblique current would further increase and the wave forces would be borne by the entire bank alone.
GCZMA considered the report of CWPRS and heard the WRD officials and the parties, including Goa Foundation, on the matter. It took note of the anti-erosion measures put up by the WRD along the coastline from Campal to Miramar since 1978 till date as the coastline has been prone to erosion. GCZMA, considering the directions of the High Court judgment dated 29.6.2015 directing the government to take all measures to prevent erosion along the bank of the river along the concerned land of the Hotel, came to a reasoned conclusion that the retaining wall should be left in the present condition and should be maintained properly by the Hotel and accordingly discharged proceeding against the retaining wall.
It was the case of Goa Foundation that the retaining wall belonging to the hotel Marriott ought to have been demolished by GCZMA pursuant to orders of the Hon’ble High Court dated 29.6.2015 and 24.8.2018.
Their contentions ignored the fact that the very same orders had directed the authorities to be wary of the environmental damage that may be caused by removing such offending structures belonging to hotel Marriott at their property.
It was the case of the Goa Foundation that even if the removal of retaining wall caused environment damage, it had to be first removed in compliance with the Hon’ble High Court directions. By doing so even if this resulted in environmental damage, a new Retaining wall may be constructed by the Government in the same place.
The Hon’ble High Court found such submissions to be a gross abuse of the court process as they did not appear to be in the interest of the environment or the public. While dismissing the contempt petition, the Hon’ble High Court also imposed a cost of Rs 50,000 to be paid by Goa Foundation to State Legal Services.