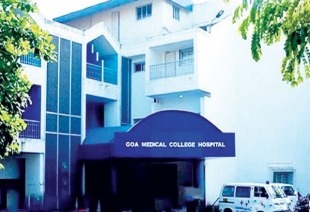 Goemkarponn desk
PANAJI: The High Court of Bombay at Goa has directed the State government to a “time-bound” reply in a petition challenging recruitment in the Public Works Department (PWD) and Goa Medical College (GMC).
The Court has directed the Goa government to file a reply in a time-bound manner. The state government has been asked to provide a list of candidates selected and the list of candidates published to the Petitioner.
“The respondents are directed to file their affidavits addressing the issues raised in this Petition (Health Department) within a maximum period of four weeks from today. Advance copies to be furnished to the learned Counsel for the Petitioner,” the High Court ruled.
On PWD posts, Advocate General Devidas Pangam told the Court that all the selections made to various posts in the Public Works Department have been cancelled and, therefore, submits that the grievance, insofar as they relate to the selections made to PWD posts, will not survive.
The Goa government had launched a vigilance inquiry into the alleged sale of jobs by the Minister of Public Works Deepak Pauskar, who was accused by his own party colleagues of selling government jobs for up to Rs 35 lakh.
“All these Petitions are now posted for orders/directions on October 19, 2022,” the High Court also said.
Activist Shailendra Velingkar, son of veteran RSS functionary Subhash Velingkar, had filed a Public Interest Litigation (PIL) earlier this year alleging a scam in the recruitment process of posts in the State-run hospital. The PIL stated that the recruitment for 1,371 posts in multiple categories is “illegal and unconstitutional”.
Velingkar, in his petition seeking justice for the deserved candidates, alleged that the recruitment process flouted all norms of process and was carried out in an arbitrary and secretive manner as the majority of selected candidates hail from Sattari, represented by Health Minister Vishwajit Rane.