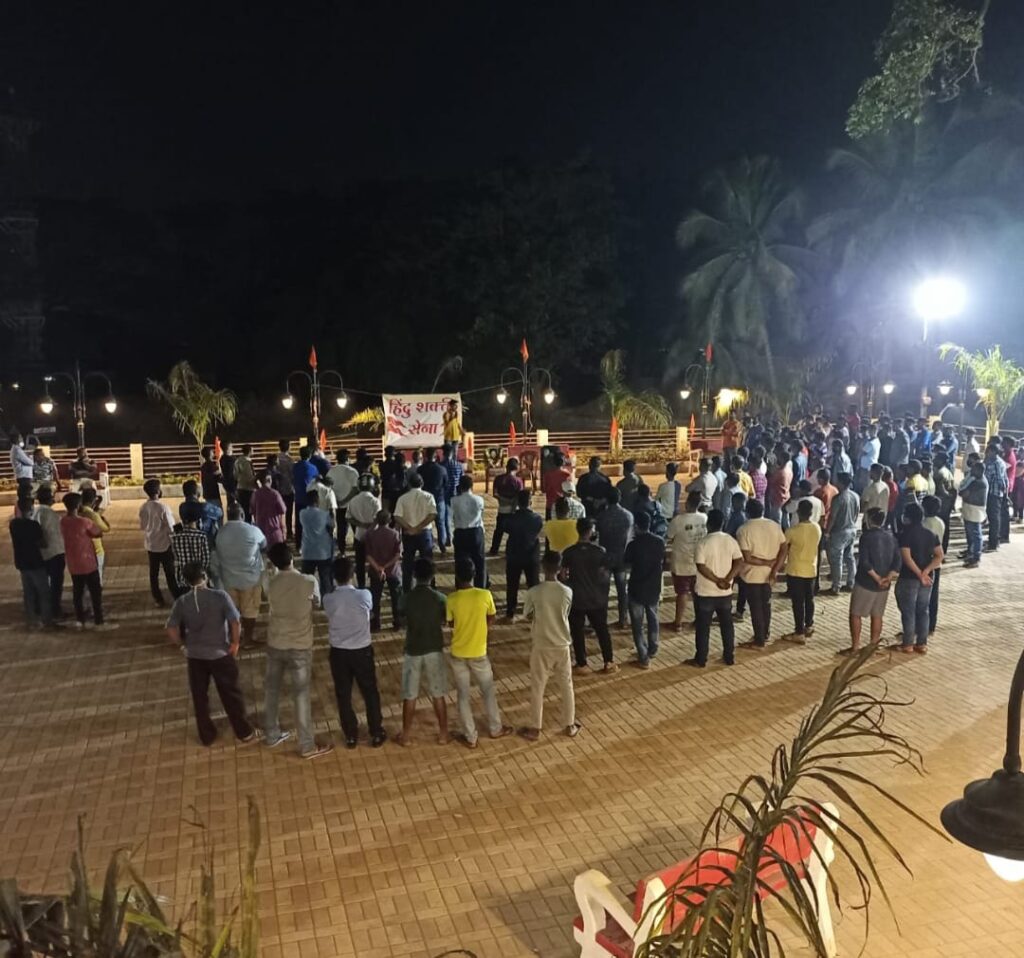 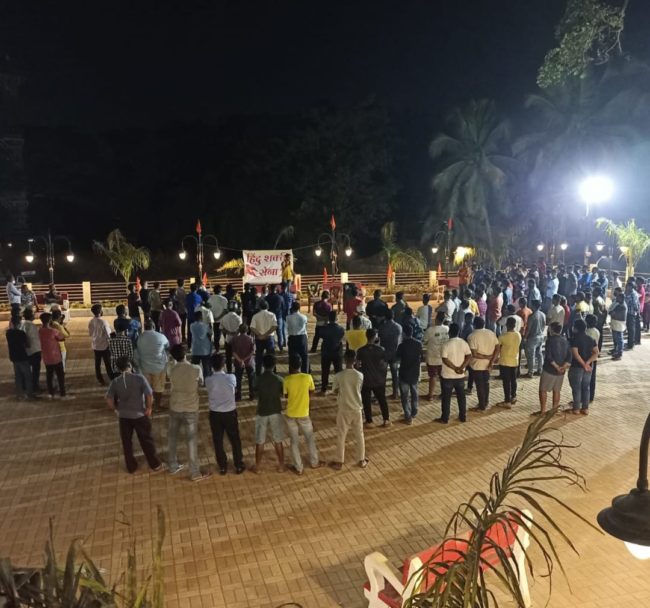 CURCHOREM: Hindu Shakti Sena pays homage to Harsha at Sanvordem Tisk while protesting against Harsha’s murder.
The situation continued to remain volatile even on Tuesday morning over the murder of a 28-year-old Bajrang Dal activist. Some persons torched two autos and a motorcycle on Tuesday, following which the state government ordered a probe.
On reacting to this, BJP party workers, Shivsena and Hindu Shakti Sena came together at Sanvordem Tisk to protest and pay homage to Harsha.
A 28-year-old Bajrang Dal activist was reportedly stabbed to death on Sunday night at Bharathi Nagar by a group of men who arrived in a four-wheeler.
Many activists and respective party workers shared their strong views’ against the brutal murder and shouted slogans of Bharat Mata ki jai and Vande Mataram today at Sanvordem tisk.
On this occasion around three hundred took part in this pays homage to Harsha