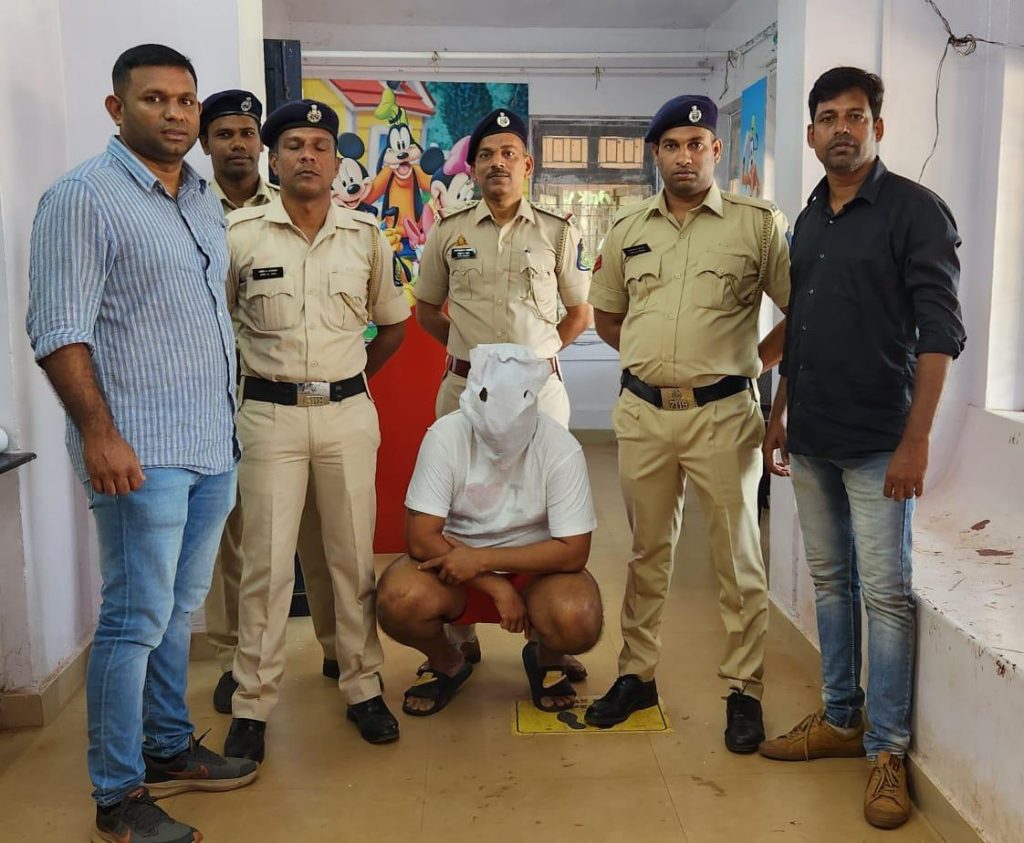 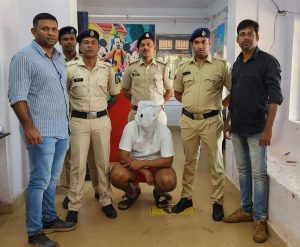 More than 20 serious criminal cases have been registered against Agustinho at different police stations in Goa.

As per information one unknown accused person took him in his car and dropped him on the way and therafter accused alighted from the car snatched his gold chain from the neck of the complainant weighing 10 grams worth Rs. 50,000/- and cash of Rs. 9,500/- all worth Rs. 59,500/- and further accused fled away from the spot with gold chain and cash.

During the course of investigation, team headed by P.I. Calangute P.S. verified the CCTV footage and traced the car involved in the above crime and upon continuous follow up it was revealed that habitual offender involved in several typical crimes Agustinho Carvalho r/o Majorda Salcete Goa has committed the crime.

Further all efforts lwere made to trace the accused Agustinho Carvalho at all possible places of his hideouts by calangute police inspector personally satyingvat Arambol Keri area for staying there continues two night along with the staff by hiding the identity and accused finally was apprehended from Arambol Pernem Goa today. Accused Agustinho Carvalho is hard core active criminal and is having more than 20 serious crimes registered against him at various Police Stations in Goa.