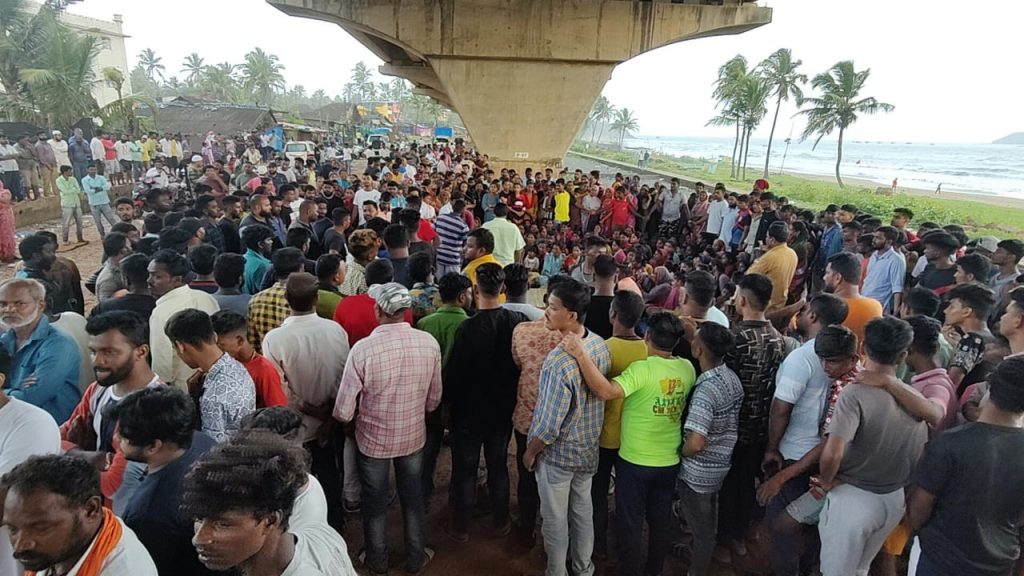 Goemkarponn desk
VASCO: A day after the Brutal murder, hundreds – if not thousands, gathered on
Baina beachside to bid a final farewell to Umesh Harijan, who was stepped to death.
Besides the family, several people waited for the body to be handed over after the post-mortem.
Vasco police team were also present at Baina beach to avoid any untoward incident.
People were seen extending support to the family, especially the pregnant wife of the deceased, crying inconsolably.
The family of Umesh Harijan has demanded justice for their son.
Municipal ward councillor Ramchandra Kamat too demanded justice and urged criminals must not to be supported by politicians.
The mother of Umesh Harijan said, “I have lost my only son and the only bread earner in the family. I have two daughters, one married and the other is small.”
Deceased Umesh’s sister said that his wife did not have parents and that life would be difficult for the family.