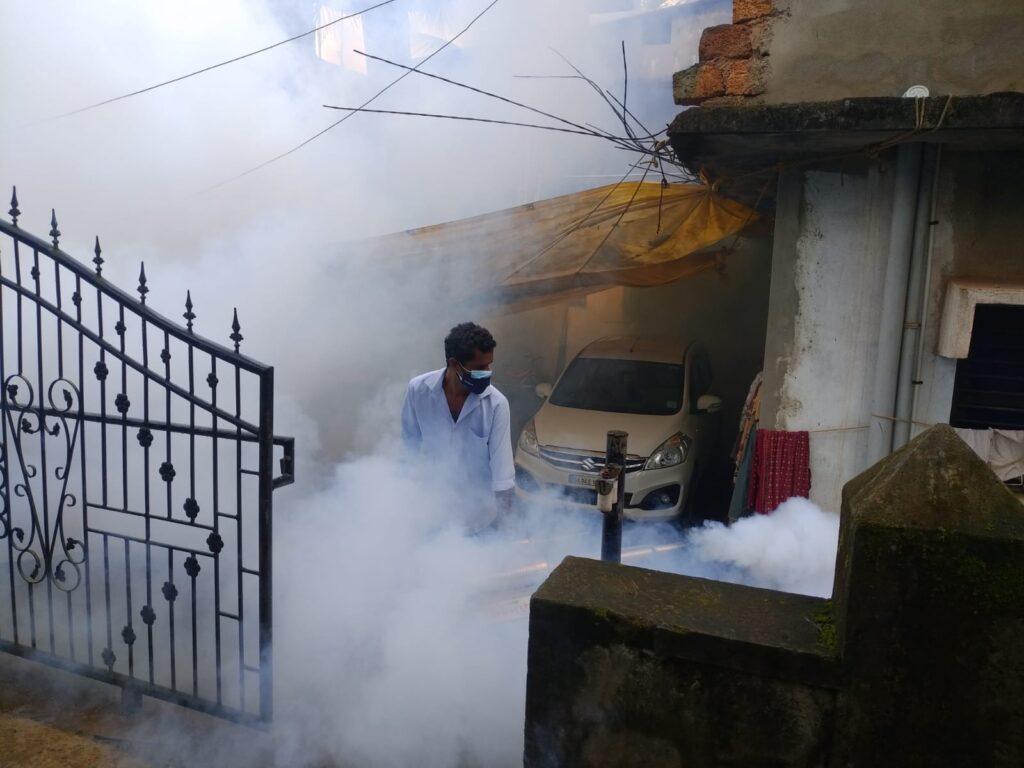 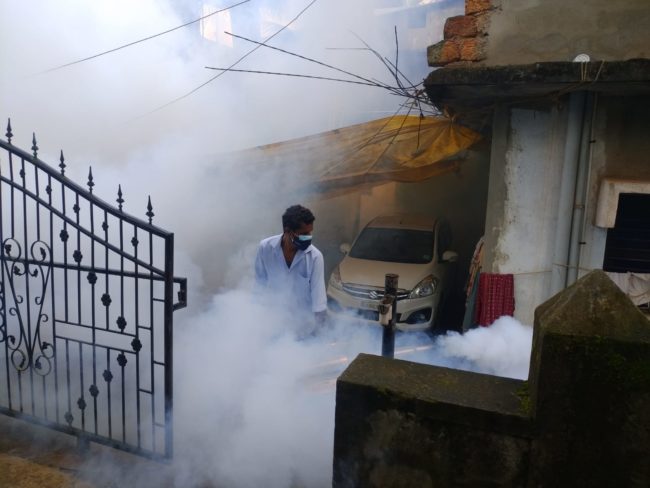 Goemkarponn desk
VALPOI: There has been a significant increase in dengue cases in Valpoi and Sattari talukas villages.
The dengue virus, mainly in urban areas, has spread to rural areas besides the Valpoi municipal area.
According to a recent Community Health Centre (CHC) report, about 40 dengue patients have been detected in Sattari taluka in the last seven months.
It turned out that the dengue virus has caused more infections in rural areas.
About 20 cases have been reported from Nagargaon Panchayat, while 7 cases have been reported recently, including Valpoi town and the Velus area. Meanwhile, one case has been reported from Saleli, Pisurle, Thane, Jharme, Guleli, Nagve, Kudshe and Bhuipal due to dengue infection.
Meanwhile, residents of Valpoi city, especially in Sayyednagar and Velus areas, said the torrential rains in late July had stored water at many places and created favourable breeding grounds for mosquitoes that cause dengue.
“Dengue is no longer concentrated in urban areas. The dengue virus is spreading to rural areas. The infections are likely to increase in the future,” said a villager from Nagargaon.
When contacted, the nodal officer of CHC, Dr Sankesh Phadte, said that cases are increasing.
According to him, fogging is carried out in rural areas with the help of Sarpanch and Panch members and measures like sanitation campaign were taken.
“We have held meetings of all the Punch members so that they can help implement the clean-up drive in their respective areas,” said Dr Sankesh.
“This is a worrying situation as many dengue patients have been found. The government needs to take the necessary steps as soon as possible,” said an elected representative of Valpoi.
He said mosquitoes are on the rise in many parts of the state after rains.
The health department officials are on high alert for the dengue virus. Health officials have urged people with symptoms such as high fever, body aches, acne and nausea to visit the nearest health centre or CHC immediately.
Dr Sankesh said the team will visit homes and inspect the surroundings.
It will also create awareness among the villagers on how to prevent mosquito breeding.