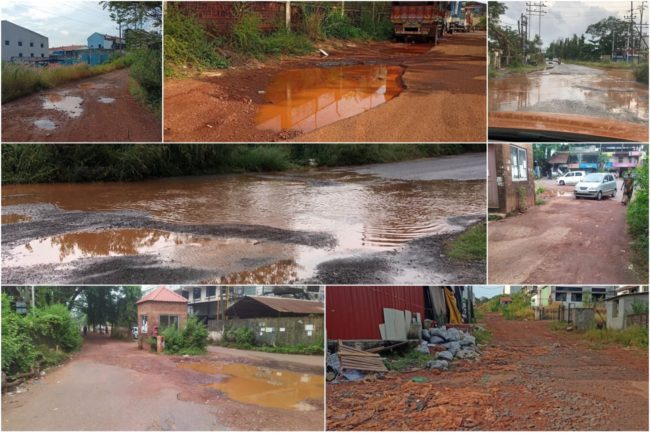 Panaji: Facing severe criticism from the public, the Chief Minister directed the Public Works Department (PWD) to see that all national highways, state highways and major district roads are repaired urgently and made a big announcement to make roads pothole free from 1st Nov.

The industry which is highest contributor to State’s GDP has been completely neglected by the Government. The condition of roads in the Industrial Estates is very pathetic. Goa-IDC is bankrupt and has no money to pay even the salaries to their staff. Goa-IDC has taken a loan of Rs. 200 crores to pay back the SEZ allottees. Where has the money paid by SEZ allottees at the time of taking the land gone? Land premium amount paid by the allottees has to be kept in a separate corpus fund. We understand that now this fund has been utilized for payment of salaries and other administrative expenses. Forget about the roads, Goa-IDC has no money to even cut the outgrown bushes in the Industrial Estates.

The Government which had made a budgetary provision of Rs. 10 crores for improving the infrastructure in Industrial Estates should, at least, release some funds to Goa-IDC for up-keep of the Industrial Estates.

Goa-IDC was at one time a cash rich Corporation. Where has all the money gone? A thorough investigation needs to be conducted in the past infrastructure works done. Even Panchayat roads last for 4 to 5 years, whereas, Goa-IDC roads and truck terminals get washed away within a year.

Last 4 years, Government Undertaking, Goa Electronics Ltd., (GEL) is struggling to digitize Goa-IDC services. This work should be given to a Professional Private Company, who could have completed this work much faster and with less cost.

Overall, the industry fraternity is frustrated and upset with Goa-IDC’s working and non-cooperative attitude of some of their employees. We hope the Government will take care of the industry which is contributing to the economic development of the State.

No decision on reopening schools yet: CM

Goemkarponn Desk PANAJI: Chief Minister Pramod Sawant has said that the state government has not decided to reopen schools in the state. “At present, have ... Read More

Assembly session limited to 3 days due to COVID-19 situation in the state: CM