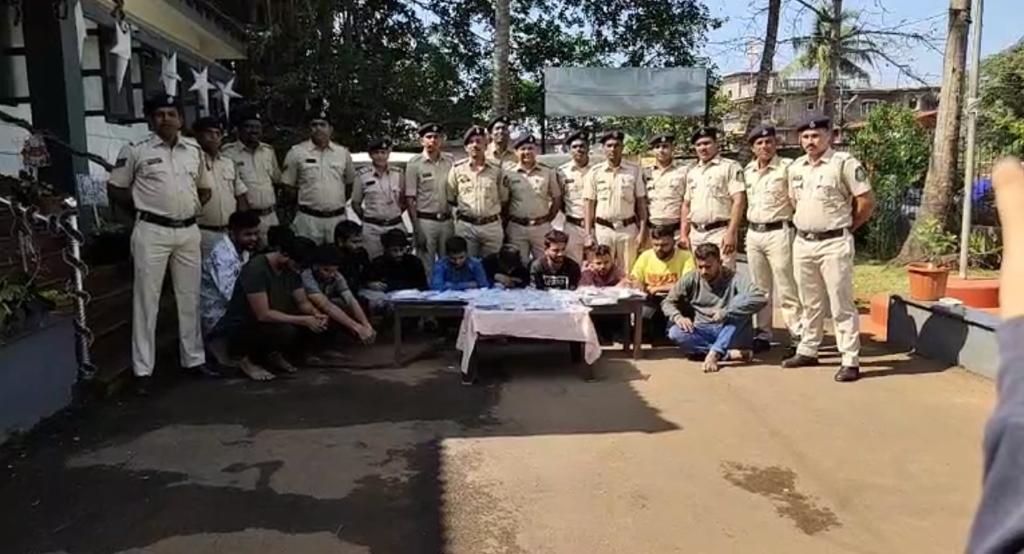 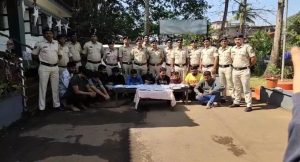 Goemkarponn desk
PANAJI: A team from Calangute Police Station has busted a gang of 12 thieves involved in an interstate racket.
SP North Goa Nidhin Valsan informed that these 12 accused are natives of Maharashtra, and they had come down to Goa just to target the Sunburn Music Festival and Tourism season.
“The primary targets of these gangs were tourists. Their main target was branded mobile phones. We have recovered 41 mobiles, of which maximum are Apple iPhones,” said Valsan.
He further said that the Police had also seized the car they had come down.
“During the investigation, 8 grams of MDMA was also seized from these thieves. During interrogation, we have come to know more such thieves, and we have already informed our teams about capturing them,” he added.
The SP said that the investigation revealed they had tried to sneak into the Sunburn festival by purchasing tickets.
“Our intelligence network was on the radar, and we caught these accused. The case has been registered, and further investigation is in progress,” the SP informed.
Valsan said that these accused were staying in two different hotels in Baga, and with the help of intelligence and CCTV, they were ultimately captured.
“We tracked down the via CCTV footage. They might also be involved in drugs,” he said.
SP said that they might also be involved in drug peddling.
“All phones seized are worth approximately 30 lakhs. The accused itself do not know from where snatched the phones,” he added.