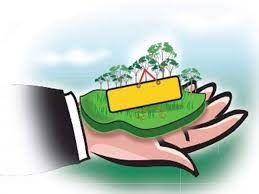 Goemkarponn desk
PANAJI: Special Investigation Team (SIT) today has arrested Nure Faizal Bhatkar for his involvement in the illegal land grab cases.
Nure Faizal Bhatkar (41) will be produced before the Judicial Magistrate for remand.
The accused, who is a resident of Malim Betim, has been involved in forging documents and illegal grabbing lands.
The SIT yesterday arrested Rajkumar Maithi, who is one of the three accused identified as masterminds in illegal land grabbing cases.
This is the third case in which action has been initiated against him. SIT has been granted his custody for 5 days.
This is the third time he has been arrested in land grabbing cases. He had managed to get bail in earlier 2 cases.