Land Grab: SIT arrests Rajkumar Maithi for the 2nd time, in another case 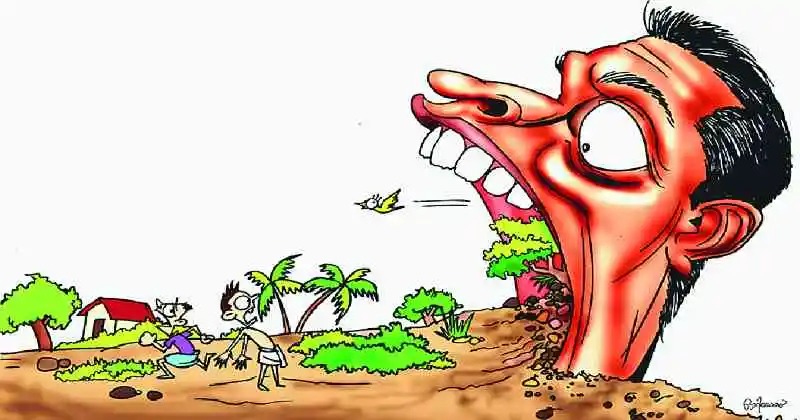 Goemkarponn desk
PANAJI: The illegal land grabbing case seems to get murkier with the arrest of Rajkumar Maithi for the second time by the Special Investigation Team (SIT). Maithi is set to be produced before the court today.
According to police officials, the individual arrested is among the masterminds of the entire land scam. Police claim that the accused is involved in around 90 land properties.
Referring to the modus operandi, Police said the accused persons manipulated documents in the archives and used them to make other documents pertaining to the properties.
Maithi was a mastermind who had illegally converted 95 different properties. Maithi had been absconding for a long, and several cases were filed against him at Mapusa police station.
The Mapusa JMFC Court had recently granted bail to Rajkumar Maithi in the SIT land grabbing case.
“Rajkumar, along with another accomplice Sohail Khan alias Michael, are the masterminds behind the whole land grabbing. Rajkumar was earlier a partner of Vikram Shetty but later joined hands with Rodrigues and Fernandes to start the land grabbing,” Police said.
It was also revealed that Rajkumar used to prepare fake people whose names matched Portuguese names.