Leopard dies after getting trapped in a snare in Sattari

An investigation will be carried out to trace the person who set a trap, says Min Vishwajit Rane 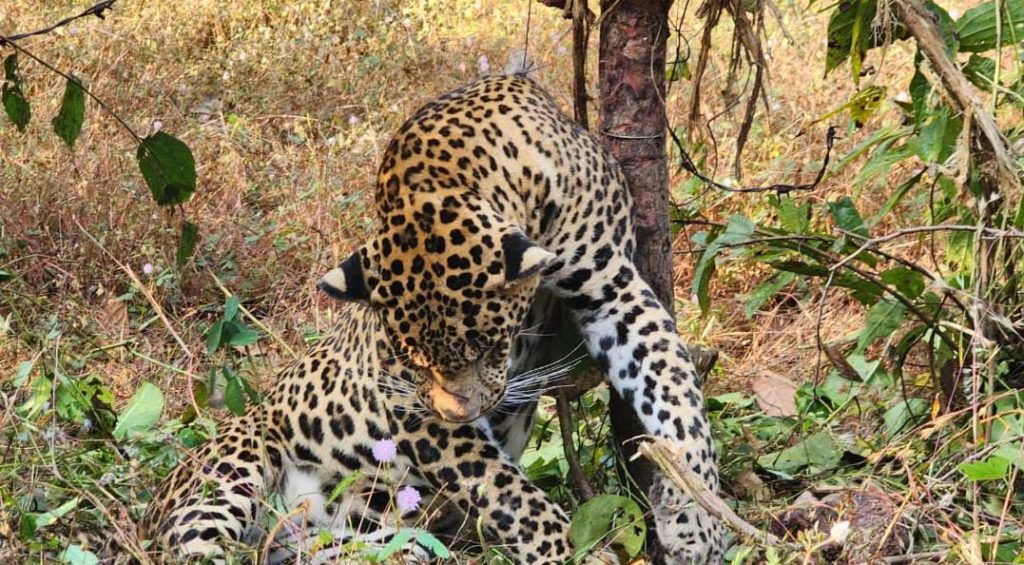 Goemkarponn desk
KOPARDEM (Sattari): A Leopard died today after it was caught in a trap set up in Kopardem in a bid to hunt wild animals.
As per information, a wire snare trap was laid in the forest at Kopardem to hunt animals.
Reacting to the incident, Forest Minister said that he would deal very strictly with the persons involved in setting local traps for wild animals.
“All stringent sections of the forest act will be invoked, and an investigation will be carried out to trace the person who sets the traps,” said Rane.
As per further information, the leopard died on private property with electrical fencing, wherein one portion had been converted into a trap.
There have been past leopards caught in jaw traps and open wells.
A leopard which might have trespassed into human habitat in search of a prey died after falling into a trap laid for a wild boar.
The Forest Department was immediately informed. However, by the time the team could arrive, the big cat had already died.
“It appears that someone had put a trap for wild boars in which the leopard got stuck. As it was trying to free itself, the trap got tightened further. Efforts are on to trace the person who had put the trap,” said sources.