* The junction has turned into a death trap. Locals say it has been 20 years they are crying for the attention of the Government, NH says locals. 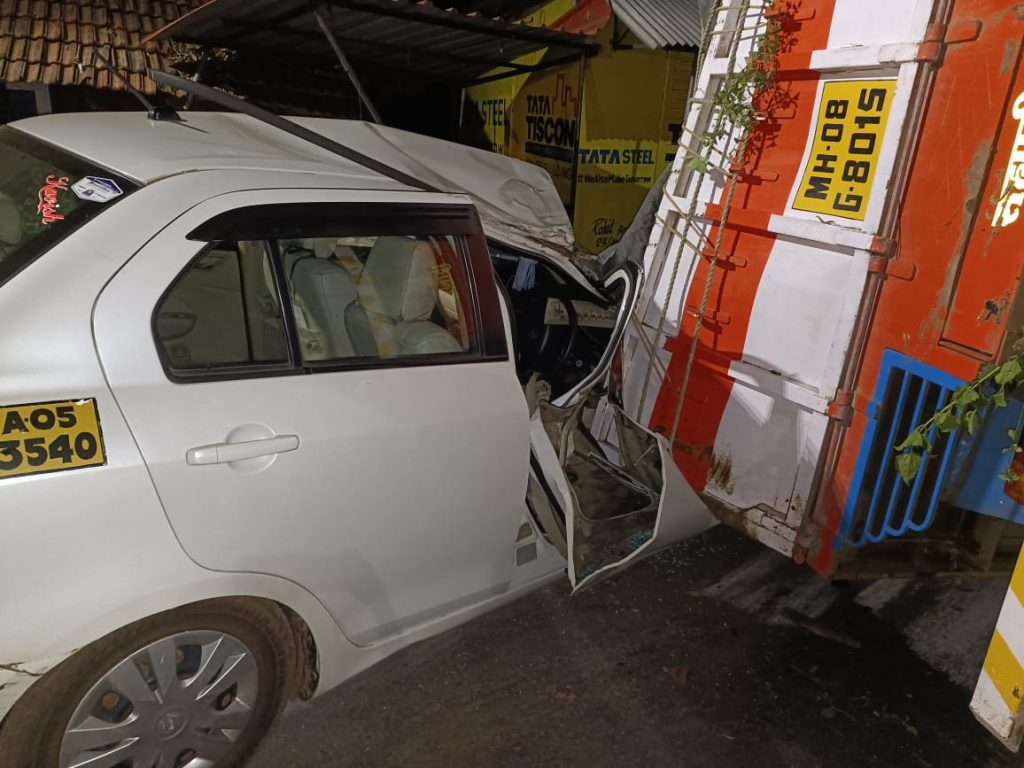 Goemkapronn desk
PONDA: The State The government recently held a meeting of stakeholders on road safety, but that does not seem to suffice, and the officials need to visit every village to find out the black spots, accident prone zones and find solutions as suggested by locals with the help of technical teams, and engineers of Highways.
On Thursday night, there was a fearful accident wherein a truck, while negotiating towards Kundaim-Manaswada Junction, lost control and fell on one moving car; luckily driver rushed towards the left, opened the door, and miraculously escaped unhurt.
Following this, locals were furious about the government not taking any measures improvement in the road for the safety of locals.
If the accident had occurred in the daytime, it could have been a tragedy with several passengers standing at the bus stop.
Locals say the junction turned into a death trap.
“It’s been 20 years we are crying attention of the Government and the National Highways Authority,” said panch Vishwas Gaude.
He said the government may widen the four-lane Highway, but it will take a lot of time as work would start phase wise and until then, there are chances of more accidents claiming lives.
“So before any major tragedy, locals want a solution which is easily possible,” he said.
Vijesh Naik recalled that one year ago, Yatin Warang (36) car driver from Tivrem, died at this junction when the truck fell on his car.
He said the highway should be diverted from two lanes passing from the village instead of from Manawada Junction.
Naik says Manaswada Junction should be kept one way as a service road for the safety of locals.
He said daily several accidents occur at Manaswada Junction and earlier several people had lost lives.
Locals recalled that in 2020 after the death of Tivrem Youth Minister Govind Gaude had visited Manaswada Junction but so far, no solution.
Similarly, Local MLA and Power Minister Sudin Dhavlikar should try to find an early solution for the safety of locals.