Lokayukta Bill amongst five bills introduced in the House 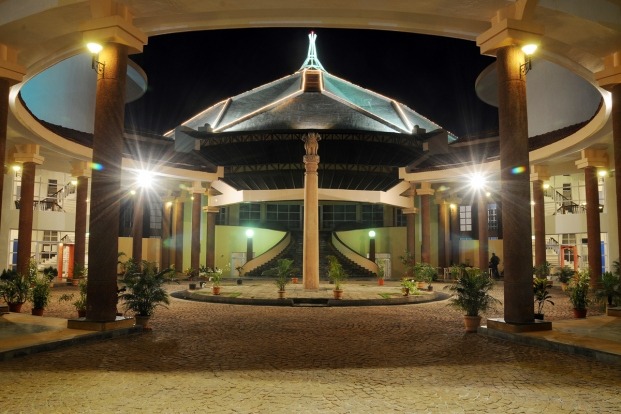 The Bill seeks to amend section 2 of the Goa Municipalities Act, 1968 (Act 7 of 1969) (hereinafter referred to as the “said Act”) so as to define the term “voters” for the purpose of the said Act.

The Bill further seeks to amend section 9 of the said Act so as to ensure fair elections with proper representation for the people from all the wards in accordance with updated list of voters in the municipal areas.

The Bill seeks to amend section 11 of the said Act to replace the expression ” Goa Daman and Diu Legislative Assembly” with the expression “Legislative Assembly of the State of Goa” in view of formation of the State of Goa by virtue of enactment of The Goa, Daman and Diu Reorganisation Act, 1987 (Act No. 18 of 1987) and to provide the minimum time period for keeping open the copies of the list of voters of each ward for public inspection at the municipal office and at such other places in the municipal area as the State Election Commission may fix.

The Government of Goa for welfare and betterment of the State Government employees had initiated House Building Advance Rules/ Scheme vide Order No. 3/7/79-Fin(Exp) dated 12/ 12/1988.

The State Government has implemented Scales under VIIth Pay Commission Recommendations with effect from 01.01.2016 which are much higher than the scales existing under Vth Pay Commission Recommendations. There has been tremendous pressure on the State finances due to the COVID . 19 pandemic in the year 2020 necessitating reduction in committed Government expenditure.

This Bill seeks to repeal the Goa (Regulation of House Building Advance) Ordinance, 2020 promulgated by the Governor of Goa on 12th day of September, 2020.

Considering the time required for finalizing the regulations, putting in place the required infrastructure for Staff Selection Commission and the requirement of sending the staff associated with the Commission for training in conducting mass scale recruitment, use of latest technology for transparent examination process among other similar initiatives, the recruitment through Staff Selection Commission will require some time.

In order to address the issue of shortage of critical manpower in various Departments, this Bill seeks to amend section 7 of the Goa Staff Selection Commission Act, 2019 (Goa Act 11 of 2019) so as to make enabling provision for the Government Departments to conduct examinations and select candidates for appointment to sub-ordinate services/posts after obtaining prior approval from the Department of Personnel, Government of Goa. The said provision will remain in force for a period of two years from the date of commencement of the Goa Staff Selection Commission (Amendment) Act, 2021.

The Bill also seeks to amend sub-section (2) of section 3 of the Goa Lokayukta Act, 2011(Goa Act 3 of 2012) so as to provide that a person to be appointed as the Lokayukta shall be a person who has held the office of a Judge of the Supreme Court, or a retired Judge of the High Court and to provide that a person to be appointed as Upa-Lokayukta shall be an eminent person who is of an impeccable integrity and outstanding ability having special knowledge and expertise of not less than twenty years in the matters relating to public administration or finance; including insurance and banking or law or anti-corruption policy or management, as there is difficulty in obtaining the willingness from eligible retired Supreme Court Judges or retired High Court Chief Justices for appointment as Goa Lokayukta.

The Bill seeks to amend sections 2 and 7 of the Goa Non- Biodegradable Garbage (Control) Act, 1996 (Goa Act 5 of 1997), so as to provide for levy of cess at the rate not exceeding two percent of consideration received on outward supply of goods. This amendment was needed in view of enactment of the Goa Goods and Services Tax Act, 2017 (Goa Act 4 of 2017) in the State of Goa.