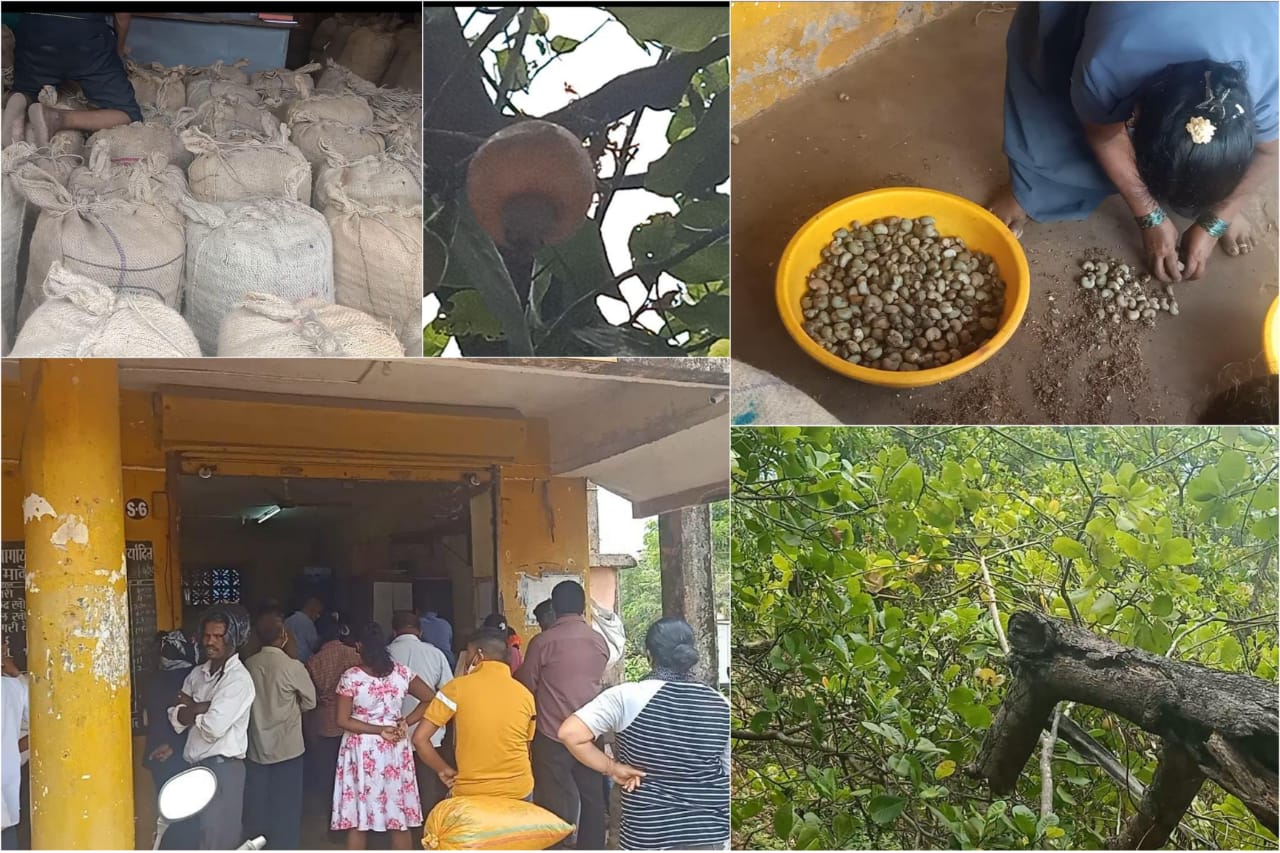 QUEPEM: Cashew growers from South Goa were left high and dry after facing a major setback due to the low yield of cashew this season.
Compared to last season, areas from Quepem, Sanguem, and Sanvordem, who are major cashew producers, saw low cashew yield this year.
Many farmers said that this season’s Cashew production is very less; even some farmers from the Sanguem Quepem area said that they have not even surpassed half of the cashew yield as compared to last year’s output. This year the investment put into cashew cultivation seems to be difficult to recover.
Cashew farmer Shantaram Velip from Shigao Sanvordem said seasonal cashew production, whatever they get, has not come this time.
“We didn’t get proper cashew nuts rates; this is also why we are incurring losses,” he said.
Further, Velip said they are at the end of the season, and if it rains now, that will also be a setback to cashew production.
Another farmer from Sanguem Vitao Tako said whatever cashew production they got that also affected due to climatic change.
“I think that’s why cashew production is very low compared to last year. Now the season is nearing its end, and if suddenly rains arrive then cashew nut colour changes into black, and it will be a total loss for us,” he said.
He added, “Cashew farmers need support from the government. The government should help cashew farmers increase the rate; if the government does not help with this, it will not be affordable and beneficial for cashew production.”
Another cashew farmer, Anand Naik, said that labour wages are also high, not helping us gain anything. If rain came, it would destroy the cashew production.

Goan Youth Not Given ‘Junior Artiste’, Technical Jobs In Film Shoots In State

Mauvin-Nanoskar fight.... In the last election, Babu Nanoskar contested on Maharashtravadi Gomantak Party (MGP) and lost against BJP's Mauvin, yet he has not given up ... Read More